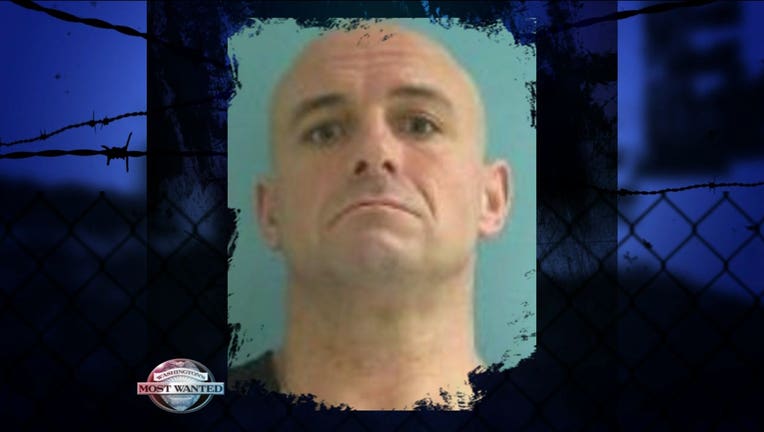 CAPTURE UPDATE July 17, 2020 - A man on a motorbike accused of trying to torch his way into an ATM in Yelm in April, causing damage that cost close to $17,000 to fix, has been identified and arrested.

It was a bold crime that we featured the video for Yelm Police in April to help try and help get the suspect identified.

“Gabriel Mitchell decided to use a motorcycle and ride it over to the Twin Star Credit Union here in Yelm,” said Yelm Police Det. Bill DeVore. “He was prepared with a drill, where he drilled a hole into the ATM machine. He used an acetylene torch to try to force gas and fire into the machine to get it to explode. He determined that after a few minutes of trying to do that, that the machine had changed and that they had a security system inside of it that was able to put the fire out before he could get anything started, so the flame that you see in the video is the flame being dispersed from the machine itself.”

Detective DeVore said numerous tips came into Crime Stoppers after the show in April, many identifying the motorcycle as a Buell brand bike and other tips about the uniform Mitchell was wearing, but it was an anonymous tip called into the Thurston County Sheriff's Office that identified Mitchell, who detectives say came clean right before his arrest in May.

“During our discussion, I had given him the information that I had obtained in reference to the motorcycle. The uniform that I knew that he was wearing was not accurate and that he had obtained it through a friend, so during our conversation, he made the comment that, ‘I don't know how you knew it was me? I was wearing a wig and a pair of gloves.’ I advised him that because of the motorcycle and the outfit that he was wearing and the information I had received, I knew it was him that had committed the crime,” said Det. DeVore. “He got very emotional and talking about it. He says he has four boys that he's trying to raise, it's very difficult for him to obtain a job because he is a convicted felon and that he really felt that he had no other option.” 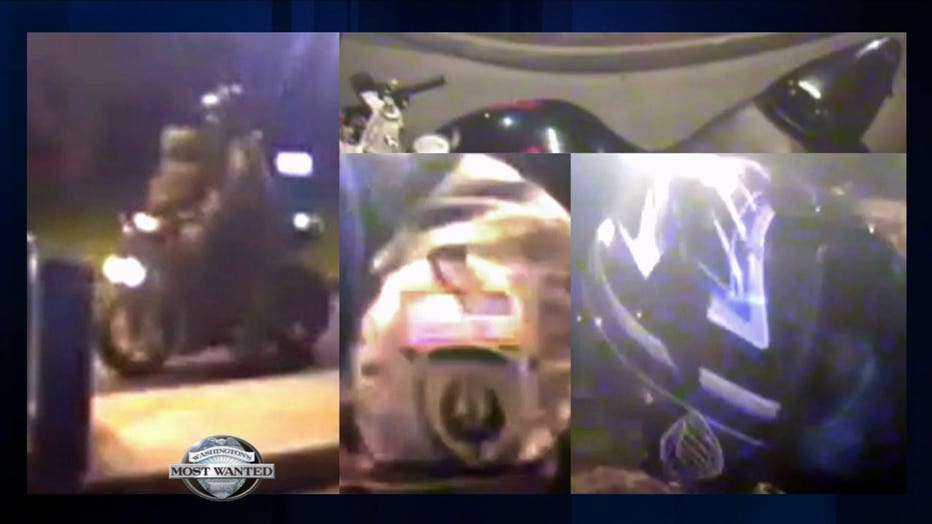 ----Original story-----
WANTED IN YELM April 24, 2020 --
A masked man on a motorcycle. A power drill. A blowtorch -- and a bank ATM: That sets the scene for a wild theft case that Yelm Police are hoping you can help solve.

Surveillance video from the TwinStar Credit Union on W. Yelm Ave. shows the suspect pull-up on his street bike and then try to drill and torch his way into a money machine around 3:30am, on April 9th.

Detectives say the crook didn't get away with a single cent, but did thousands of dollars’ worth of damage to the ATM.

“The gentleman first took out a cordless Makita drill and he tried to use the drill to gain access into the machine. When that was unsuccessful, he pulled what we believe to be like an acetylene torch and tried to gain access using the torch, which did not grant him access, as well, but that's what caused the most damage to the machine and then after that, he gets off of his motorcycle, puts his backpack on and then rides away heading towards the Nisqually casino area,” said Yelm Police Det. Bill DeVore.

The ATM was a total loss and had to be replaced.

Detective DeVore is hoping to hear from motorcycle buffs who recognize the style and brand of the suspect’s red and black street bike.Another clue to focus on is the suspect's military-style clothing. “We can see that he has a specific jacket on, with specific patches that are on it and it's a unique helmet that he's wearing, as well, that we believe that should be identified by somebody on Washington Most Wanted or Crime Stoppers. We would really like to catch him,” said Det. DeVore.

Detectives say the suspect is white, around 6 feet tall and might have military experience.

The jacket. The bike. The blowtorch -- if any of it clues you into who you think he is -- use the P3 Tips app on your smart phone to submit the information to Crime Stoppers. You can upload photos too. You can also call the hot line at 1-800-222-TIPS(8477). It's anonymous and you'll get a cash reward of up to $1,000 if your tip helps lead to his arrest.