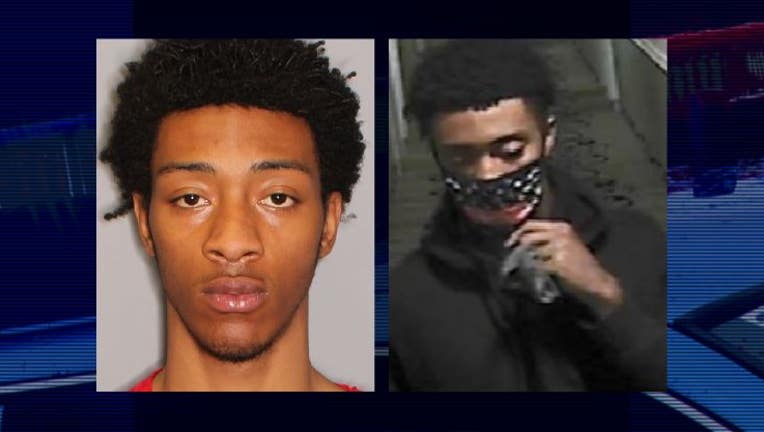 FUGITIVE CAPTURED September 17, 2020  - Robert Allen did the right thing and turned himself in to Kent Police on Thursday morning with his attorney.

He declined to speak with detectives.

The 18-year-old was booked for investigation of Assault and Unlawful Possession of a Firearm and is being held without bail.

He is accused of shooting a man three times in a gas station in Kent.

Kent Police say the only reason he's in custody is because of the pressure he felt after being on Washington's Most Wanted, which makes him WMW Capture #1174.

-----Original Case-----
FUGITIVE WANTED IN KENT September 11, 2020 --
The search is on in Kent for an ‘armed and dangerous’ suspect accused of instigating a shootout last month.

Detectives are asking for your help to find 18-year-old Robert Darius Allen, who is believed to be motel-hopping in south King County, or the Fife area.

Surveillance photos show why. Police say he walked into the 76 gas station on SE 256th St. on August 12th, pulled out a .45 caliber handgun and shot a man in the hand, forearm and chest. The victim shot back, hitting Allen in the left hand as you can see in the surveillance photo above, taken after the shooting. It shows his fingers wrapped in cloth.

The victim survived and now Allen is wanted by Kent Police for 1st Degree Assault.

"This is obviously a very dangerous situation that he placed our citizens in, so we're looking for the public's help to get Mr. Allen off the street.  Clearly, a very dangerous person, just based off his criminal history. Lots of involvement with robberies and guns, so we see Mr. Allen as a big threat to our community,” said Kent Police Cmdr. Robert Hollis.

The gas station is in a busy area. It's near a high school and right across the street from a McDonald's. Police are very worried that a young child or other innocent victim might be hit if Allen starts shooting again, which Kent Police believe is a very real possibility, given Allen's behavior. "The fact that Mr. Allen decided to commit his crime in such a crowded area causes us a lot of concern. Clearly, he doesn't care about our community and is only looking out for himself,” said Cmdr. Hollis.

Again, keep a lookout for him at the hotels on Pacific Highway and in Fife. He also has ties to Renton.

If you know where detectives can find him, you will remain anonymous and collect a cash reward of up to $1,000 when you submit a tip to Crime Stoppers of Puget Sound through the P3 Tips app on your cell phone, or call 1-800-222-TIPS(8477).