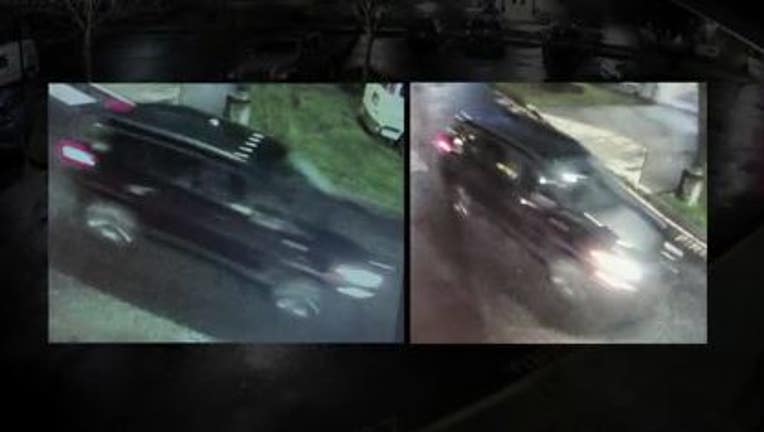 WANTED IN ARLINGTON - Crime Stoppers of Puget Sound and Ivan Maik's daughter are offering a $10,000 cash reward to help Arlington Police find the SUV and driver that shot and killed the 78-year-old U. S. Marine veteran.

"We initially put out that we believed the suspect vehicle was a Land Rover product. We've spent some time reviewing the video and are updating that to a late 2000', black in color SUV that possibly, or it appears by the video, that it has a matte black portion on the hood.  It has silver rims and most likely some sort of push button start," said Arlington Police Officer Seth Kinney.

Ivan was sitting in his vehicle in the parking lot of the Puget Sound Kidney Center in Arlington at approximately 5:35 a.m. Saturday when he was murdered.

He had arrived an hour early for a scheduled dialysis treatment. His daughter, Lisa,  says Ivan had Stage 5 kidney disease.

Detectives say the suspect in the SUV followed the victim from an ATM in Marysville to the medical center parking lot in the 18800 block of Smokey Point Blvd.

The suspect got out of the SUV, approached Ivan’s vehicle, crouched down behind it and then opened his door and shot him multiple times.

Two employees leaving the medical facility at that time saw what happened and screamed. Police say the suspect then fired shots at them. The employees ran back inside, uninjured and the suspect got back into the SUV and drove southbound on Smokey Point Blvd.

Witnesses described the suspect as an unknown race or gender, approximately 5'7" to 5'9" tall, with a slender build and wearing all dark clothing including a dark-colored hooded jacket with the hood up and possibly a dark-colored mask.

"It is extremely important that we get this person off the street and to provide the victim's family some closure and our communities closure and safety," said Officer Kinney.  "As police officers, we can do our portion of the investigation but we really that assistance of people who are the eyes and ears out on the street that may have seen something that is not apparent to us at the moment or somebody who has maybe said something or acting different who drives that type of vehicle and get that word out to us," he added.

Ivan’s murder comes just 6 months after his partner of 50 years passed away from cancer. He was only able to talk to her in the hospital by phone because of COVID restrictions.   Lisa says her dad loved the outdoors, the Seahawks and Mariners and he knew all of the back roads in Washington State. During his career, he worked as a logger for the U.S. Forest Service.  He lived a simple life in Granite Falls and was universally loved.

Lisa, who asked that her last name be kept private, is offering a $9,000 cash reward to go along with the $1,000 reward offered by Crime Stoppers of Puget Sound for a total of $10,000 given to the tipster who helps solve the case.

Arlington Police ask anyone with information about the SUV or the suspect to submit an anonymous tip to Crime Stoppers of Puget Sound through the P3 Tips app on your cell phone, or call 1-800-222-TIPS(8477).