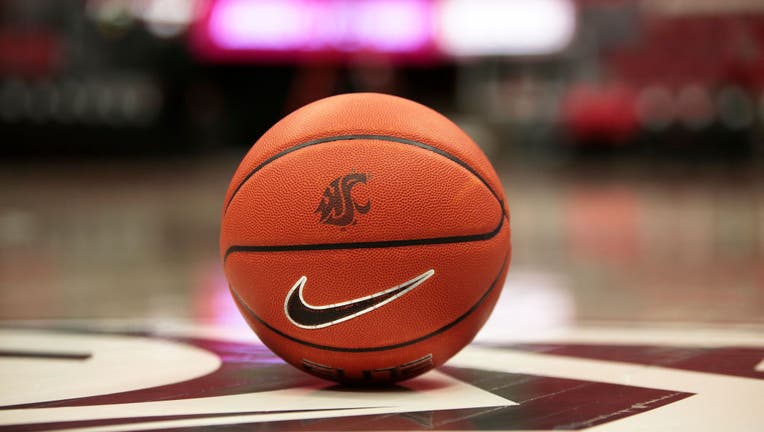 PULLMAN, WASHINGTON - FEBRUARY 23: A basketball sets on the the court prior to the start of the game between the Stanford Cardinal and the Washington State Cougars at Beasley Coliseum on February 23, 2020 in Pullman, Washington. (Photo by William Man

PULLMAN, Wash. - Wednesday evening’s Apple Cup of basketball between the Washington State Cougars and University of Washington Huskies in Pullman is postponed.

Officials with WSU’s Athletic Department said the game was postponed because of COVID-19 protocols within the Cougars’ program.

Both schools are working with the Pac-12 Conference to reschedule the game. The finalized date will be announced later.

Team-related activities for the Cougars will go on pause. They are scheduled to return to play on the road on Jan. 6 at Colorado and Jan. 8 at Utah.

The Huskies’ next game is Jan. 3 at Arizona.