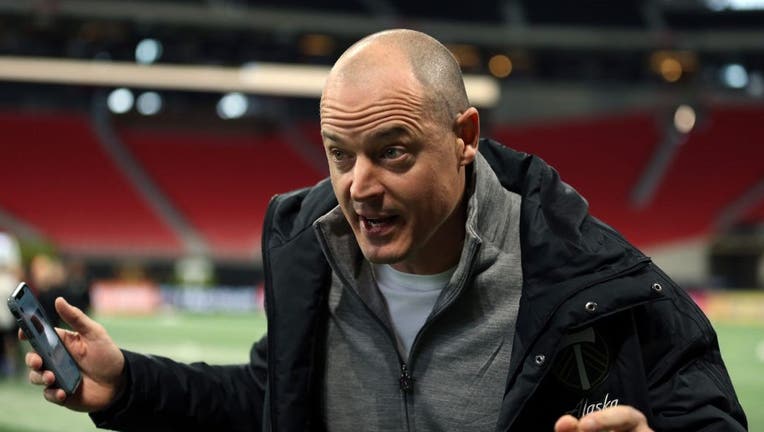 The owner of the Portland Thorns announced Thursday he is putting the club up for sale, the latest fallout from an investigation into misconduct in the National Women’s Soccer League.

Merritt Paulson’s decision comes nearly two months after a pair of team executives were dismissed for their roles in systemic abuse and misconduct within the NWSL.

Former acting U.S. Attorney General Sally Q. Yates and the law firm of King & Spaulding released results in early October of an investigation that detailed the series of abuses and misconduct that impacted multiple teams in the league, including the Thorns. U.S. Soccer retained Yates when a series of scandals rocked the league last year.

Paulson had relinquished his decision-making role with the team in October. But calls had persisted for him to sell the Thorns.

"The past year has been a challenging one for our club and our players. I regret the role our organization played in the failures identified by the investigations. Despite these challenges, the Portland Thorns have a bright future ahead and a lot left to accomplish," Paulson said. "To fully realize that potential, I believe it is in best interest of the Thorns to have a new owner so that the club can operate at the league level with a fresh voice to be a driving force for the NWSL. This has been a difficult decision for me, but I believe this is the best way to position the Thorns for continued success during this next chapter of the NWSL and the sport."

The team doesn’t have a timeline for finding a buyer. A goal is to find an owner that will keep the team rooted in the Portland community.

Paulson has owned the Thorns since the creation of the NWSL in 2013. The club has won three NWSL titles, including this year’s championship when it beat the Kansas City Current in the final.

But the allegations of misconduct and the investigation by Yates have dogged the franchise for more than a year. The investigation was launched after two former players came forward with allegations of harassment and sexual coercion dating back a decade against former North Carolina Courage coach Paul Riley.

Riley, who was fired, denied the allegations. He was one of five coaches in the league who were dismissed or stepped down last year amid claims of misconduct.

The Yates report detailed how the Thorns mishandled complaints about Riley when he coached the team in 2014-15. In the wake of the report, the Thorns fired executives Gavin Wilkinson and Mike Golub.

But some fans continued to call on Paulson to relinquish ownership. During the Thorns’ NWSL victory in the final at Audi Field, some fans held a sign that read: "Support The Players."

Those fans are getting their wish, although Paulson said the decision to sell the Thorns does not affect his ownership of his MLS franchise, the Portland Timbers. Paulson’s ownership group — Peregrine Sports LLC — also operates Providence Park, the home field for both teams.

Paulson said he will work "to ensure a smooth transition and the continued success of the Thorns, including providing favorable usage terms for Providence Park." Another lingering issue is development of a training facility for the Thorns, who have typically practiced at the stadium.

"We are committed to continue to work collaboratively with the NWSL to ensure we find the right group to take the reins. We will not rush to a decision as we want to get it right for our players, for Portland and for women’s soccer," Paulson said.

Additionally, Paulson is contributing $1 million toward the establishment of an office within the NWSL focused on player safety.

"I support Merritt Paulson’s decision to sell the Thorns, his commitment to aid in a smooth transition for a new ownership group in Portland, and the $1 (million) contribution to the league," NWSL Commissioner Jessica Berman said in a statement. "This money will be used to launch a new NWSL Player Safety Department — coming out of this chapter in the NWSL’s history we will emerge stronger than ever before and make this a league the players are proud to play in."