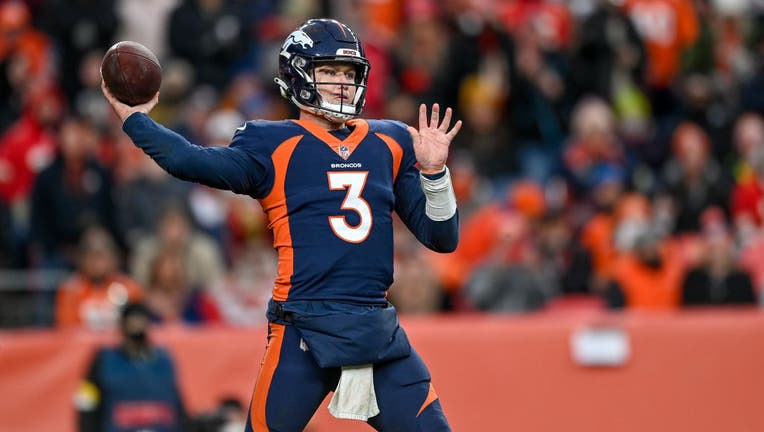 RENTON, Wash. - Seattle Seahawks quarterback Drew Lock said he hasn't been promised anything from his new team in regard to being the starting quarterback this fall. Lock said that's exactly the way he wants it and intends to go compete for the job in Seattle.

Lock was one of the pieces acquired in the trade that sent Russell Wilson to the Denver Broncos earlier this month. Lock, tight end Noah Fant, defensive lineman Shelby Harris, and a number of draft picks were sent to Seattle in exchange for Wilson in one of the biggest trades in NFL history.

Head coach Pete Carroll and general manager John Schneider have expressed their belief in Lock and feel that his potential is greater than what he's shown through three seasons in Denver. But they also have indicated they want to increase the competition at the position after 10 years of Wilson at quarterback.

"We loved him in the draft. … He goes in his first year, finally plays his first five games, and he goes 4-1 In his first season, his rookie season. All the promise, all that you would hope to see," Carroll said last week.

"The numbers and stuff show he's going to have a great run in his career. And the next few years didn't work out very well. He battled his tail off and competed his tail off, but it hasn't worked out. Is this a second chance for Drew Lock? Heck yeah, it is. It's an absolute clear second chance for him to show, to take us back to where we knew him to be, and we'll find out."

Lock intends to do whatever he can to show he's deserving of the belief.

"I’m going to work harder than anybody else in this building," he said. "I’m going to show it to these guys to try to gain their trust, show them I’m here to work and if you put a little faith in me, I have a very talented skill-set that will help us win football games."

Lock completed 64.1 percent of his passes for 1,020 yards with seven touchdowns and three interceptions in five starts as a rookie in Denver. That success is what the Seahawks have pointed to as a basis for their belief in Lock's unrealized potential. But Lock hasn't approached that success since. He had a league-worst 15 interceptions in 13 games as a starter in 2020. He then was relegated to backup duty behind Teddy Bridgewater last year.

Lock said he wasn't one to make excuses for the lack of production.

"I will never make excuses for my play," Lock said. "I could have played a lot better in the seasons that I was playing there. I did some good things, but there's a lot of things I could have done a lot better.

"There's just a lot that went into those three years and, again, I could have played a lot better. I'll own up to that. But as far as what I feel like I can do different, I'm just going to have the mindset of competing the whole time I'm here. I'm going to come in. I'm gonna work hard. Work harder than anybody else in this building. I'm going to show it to these guys to try to gain their trust, show them that I'm here to work and, if you put a little faith in me, I have a very talented skill set that will help us win football games."

"It's similar to the one that I ran my rookie year when I first got in the league. I got to play the end of that year, and we played really good football. We won four of the five games and I played efficient football, took care of the ball, scored in the redzone, hit the deep shots when they were there. I just think that collectively, as a group, when we start talking and getting into the deep details of his offense and what might be good for me, what do they want to have for sure. I think we'll put it all together and then end up being able to put a good offense together that makes my skill-set shine. I can throw the deep ball, I can move around in the pocket. I can play action. Whatever you might need me to do, I'll be able to do it and I think we're going to put a good plan together to be able to maximize my skill-set."

Lock hasn't been promised anything, but he's clearly in pole position right now for the job. Jacob Eason is the only other quarterback under contract with Seattle as Geno Smith remains unsigned as a free agent. The Seahawks could easily add to their group through the draft as well with three selections in the first 41 picks, including No. 9 overall.

But Lock is ready for a chance to restart his career in Seattle and eager to prove he's the one for the job.

"I was ready for something to happen and then when I found out that this is what happened, I was really, really excited. Excited for a fresh start. Excited to come in and compete for a starting job and do everything I can to show this organization and show this league  what I'm capable of doing, and that's playing really good football."