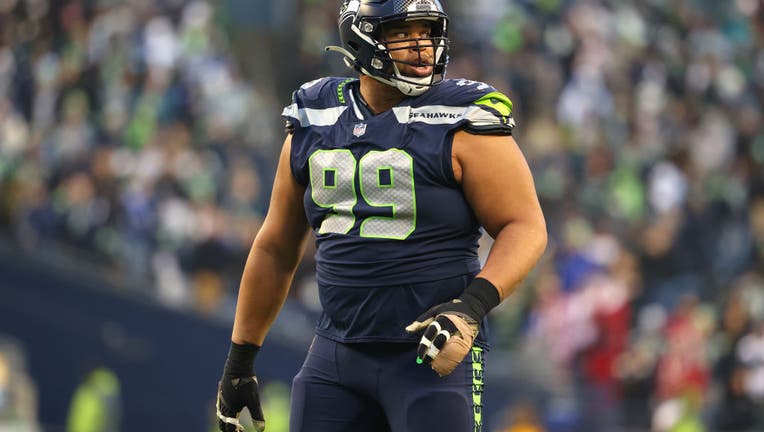 SEATTLE, WASHINGTON - NOVEMBER 21: Al Woods #99 of the Seattle Seahawks looks on against the Arizona Cardinals during the fourth quarter at Lumen Field on November 21, 2021 in Seattle, Washington. (Photo by Abbie Parr/Getty Images)

The Seattle Seahawks are re-signing defensive tackle Al Woods, according to his agency.

Per Ian Rapoport of the NFL Network, the deal for Woods is a two-year contract worth $9 million with $4.75 million fully guaranteed.

Woods, 35, is coming off arguably the best season of his career. He started 16 of 17 games for Seattle with a career-high 50 tackles. He had a career-high five quarterback hits and 1.5 sacks on the year.

Woods has been a journeyman throughout his career. He's played for six different teams during his 12-year NFL career, including three different stints with Seattle. He spent half of a season with the Seahawks in 2010, re-signed with the team in 2019 and then returned to Seattle after opting out of the 2020 season amidst the COVID-19 pandemic.

Woods was a fourth-round pick of the New Orleans Saints in 2010. He's also played for the Pittsburgh Steelers, Tampa Bay Buccaneers, Tennessee Titans and Indianapolis Colts. He had signed with the Jacksonville Jaguars for the 2020 season before opting out.