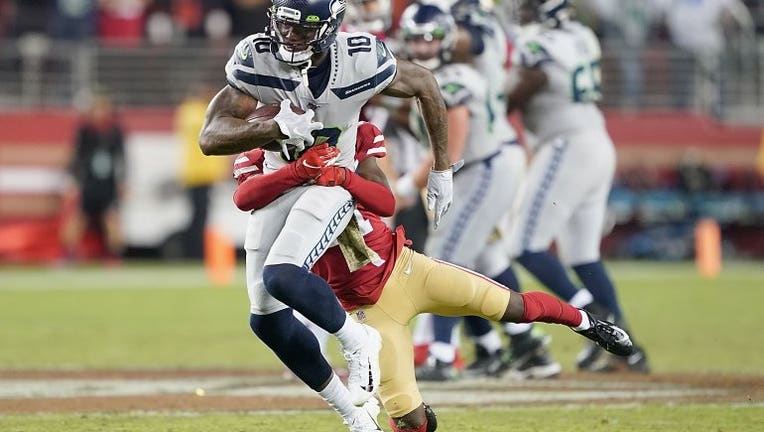 SANTA CLARA, CALIFORNIA - NOVEMBER 11: Wide receiver Josh Gordon #10 of the Seattle Seahawks is tackled by the defense of the San Francisco 49ers in the game at Levi's Stadium on November 11, 2019 in Santa Clara, California. (Photo by Thearon W. Hend

Frequently suspended wide receiver Josh Gordon has applied to the NFL for reinstatement, a person with knowledge of the move told The Associated Press.

The person spoke to the AP on condition of anonymity Thursday because the NFL does not publicly announce such moves. NFL Network first reported Gordon’s application for reinstatement.

Gordon, 29, has been suspended eight times overall by either his team or the NFL, including six times since 2013, mostly for violating the league’s policies on banned substances. He played for New England and then briefly for Seattle last season before being suspended indefinitely.

An All-Pro in 2013 for Cleveland despite missing the first two games while suspended, he led the league with 1,646 yards receiving, but his career has spiraled since. Before the 2014 season, Gordon was suspended for a year for violating the substance abuse policy, a ban that was later reduced to 10 games. But he was later suspended for the season finale by the Browns for violating team rules.

He didn’t play in 2015 or 2016. Although Gordon was reinstated by the league in late July 2016 and allowed to participate in training camp, he was suspended for the first four games of the season. Gordon opted to enter a rehabilitation program rather than play when the suspension concluded.

And in 2018, as a member of the Patriots, he was suspended in December and missed the final three games on the schedule.

Gordon’s troubles began in college when he was was suspended indefinitely while at Baylor for violation of team rules.