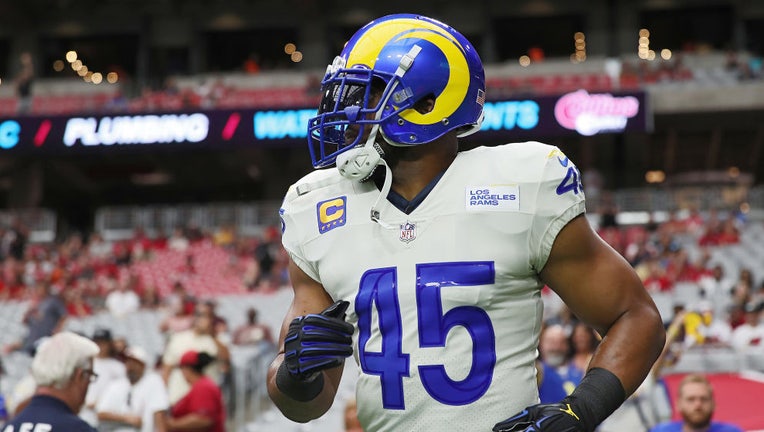 Bobby Wagner spoke passionately Wednesday about the importance of mental health in the NFL, encouraging his fellow players to deal openly and honestly with their feelings following Buffalo safety Damar Hamlin's collapse on the field.

When Wagner eventually addressed the comparatively small importance of his return to Seattle on Sunday, the Los Angeles Rams' star linebacker vowed to handle that potentially fraught situation openly and maturely as well, even though the Seahawks are still "the organization that you feel gave up on you."

"It’s a lot of emotions, man, to be honest," Wagner said. "But I’m a master of my emotions. It’s going into a stadium I’ve been in thousands of times, played in hundreds of times, and to be in a position to spoil their playoff hopes is always a good position, something worth playing for. It will be fun to go back there, be back in front of those fans."

Wagner spent 10 years with the Seahawks, earning multiple first-team All-Pro selections and eight Pro Bowl selections in a splendid decade highlighted by a Super Bowl ring in his second season. Seattle cut ties with him last March in an abrupt, impersonal transaction that still rankles the Southern California native.

While the Seahawks have exceeded expectations without Wagner and remained in playoff contention until Week 18, the Rams (5-11) have been a massive disappointment despite an outstanding season from the 32-year-old Wagner, who has decisively proven his best football was not behind him.

Wagner seems almost certain to get cheers from Seattle's fans, who realize it wasn't Wagner's choice to leave.

"That really became my second home, and it’s a place where I grew up," Wagner said. "I grew up in California, but really, (at the age of) 21, I was on my own, making my own decisions, doing my own thing. I didn’t have the parents controlling everything. That’s really where I grew up, and they accepted me. They showed a lot of love, and so I’m forever grateful."

Wagner already faced the Seahawks for the first time last month, and he played an outstanding game in the Rams' 27-23 defeat with two sacks, an interception and seven tackles. Wagner also played with clearly visible emotion and fire, acknowledging just how much the matchup with his friends and former teammates meant to him.

"I’m pretty sure you've played your family before in basketball, golf or whatever," Wagner said. "When you play your friend, y’all might talk a little trash. It is what it is, but when you’re playing your family member that knows your deepest, darkest secrets and knows exactly what to say to you to make you feel a certain type of way, and also you’re playing the organization that you feel gave up on you, it was warranted, to be honest.

"And then again, I’m playing against people I know how to push their buttons too, so I know exactly what to say to them to make them mad, and I did that."

The Seahawks definitely noticed Wagner's motivation at SoFi Stadium, and the Rams' lost season isn't likely to dampen that fire.

"Yeah, I seen him talking a lot of (smack) on the field," Seahawks receiver DK Metcalf said. "It meant a lot to him. ... We’re just trying to win. We’re not trying to ruin anybody’s homecoming, but I guess if we do win, it’s going to be ruined."

Wagner's first season with Los Angeles has been a failure for his new team, but a solid success individually. He has been one of the NFL's top inside linebackers all season, and his presence has transformed a Rams defense that never emphasized the middle linebacker position financially or schematically until his arrival.

Wagner has a chance to underline his impressive year by becoming the top single-season tackler in Rams history. With 10 more tackles against the Seahawks, he would break the franchise's single-season tackles record of 142, set by James Laurinaitis in 2011 and again in 2012 during St. Louis' 16-game seasons.

"I expect him to play like he’s consistently played," Rams coach Sean McVay said. "He’s a great competitor, he’s a great leader, he elevates people around him. Kind of like what I’ve said before, the thing that’s special about Bobby is how steady and how consistent he is. He played great against these guys the last time, but he’s played great in a lot of games this year, and I expect him to be able to do the same and bring people with him."