SEATTLE - The wild winter storm that caused widespread snow all over Western Washington also caused a huge increase in crashes on state roads. 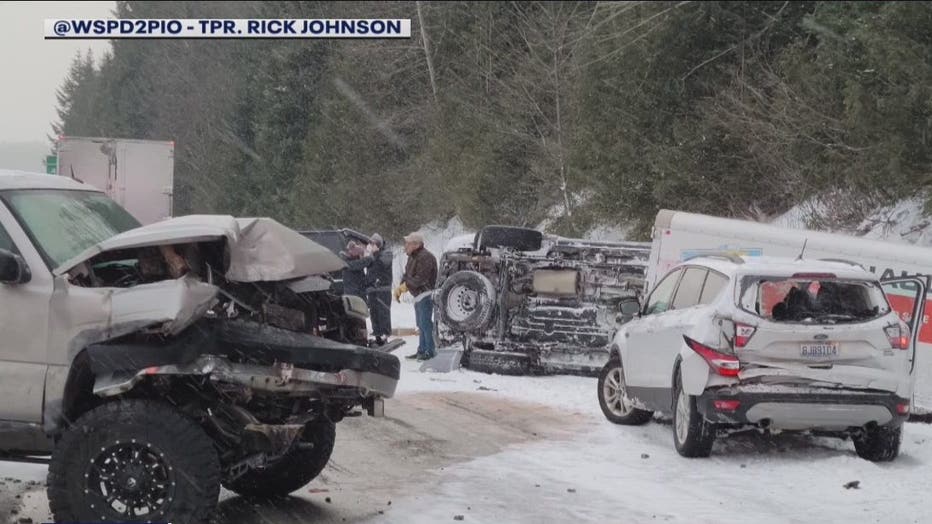 From Friday, Feb. 12 through Sunday, Feb. 14, Washington State Patrol responded to at least 861 collisions - not including spinouts - in the following counties:

The winter blast is gone for most of us, but flooding is a concern in Western Washington as we warm up this week.

If you haven't shoveled the snow out of your driveway and away from the storm drains, now's a good time to do it.

Download the Q13 Weather App for the latest forecast from our meteorologists, plus weather alerts wherever you go.

The winter weather isn't giving up its grip in the Cascade Range, where heavy snowfall was expected at times all week and into the weekend. Washington transportation officials closed the eastbound lanes of Interstate 90 over Snoqualmie Pass early Monday to do avalanche control work.

Mountain passes could see 15 to 30 inches of new snow through Tuesday night.