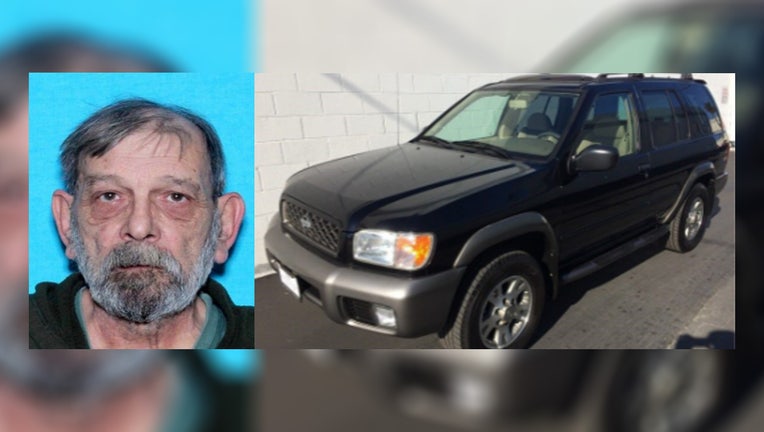 PACIFIC COUNTY, Wash. - The Washington State Patrol (WSP) canceled a Silver Alert on Tuesday for a Pacific County man who was considered at-risk.

According to the WSP, 78-year-old Robert K. Knieriem was initially reported missing by the South Bend Police Department on Saturday, Nov. 19. Authorities said he was last seen at around 5:30 p.m. in the Adna, Washington area.

The WSP believed he might have been traveling in and around the South Bend, Chehalis areas.

Authorities described him as being 6’1", weighing 170 pounds, with brown hair and brown eyes.

He drives a black 2001 Nissan Pathfinder with Washington plates: 107XYM.

Seattle Police are asking for the public's help in finding a missing West Seattle man with Alzheimer's.