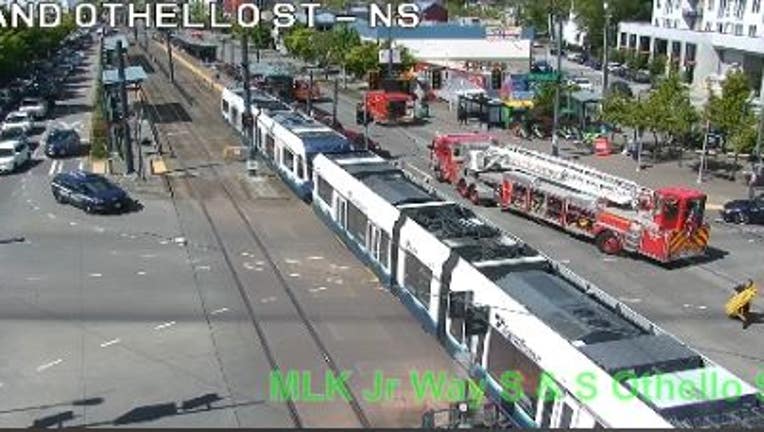 SEATTLE - The Seattle Fire Department responded to the Othello neighborhood after getting calls about a woman who was trapped under a Light Rail train.

The incident occurred in the 7100 block of Martin Luther King Jr. Way S. around 3 p.m.

The 30-year-old woman was reportedly pulled under the train and had to be rescued by emergency crews.

The northbound, eastbound & westbound lanes were blocked on Martin Luther King Jr. Way at S Othello St. while crews worked to get the woman out.

She was sent to Harborview Medical Center in serious condition.

The roadway has since reopened.

The Light Rail stop at S. Othello is one that has tracks that are street level and that go through intersections.

It's unclear exactly what led up to her being trapped.