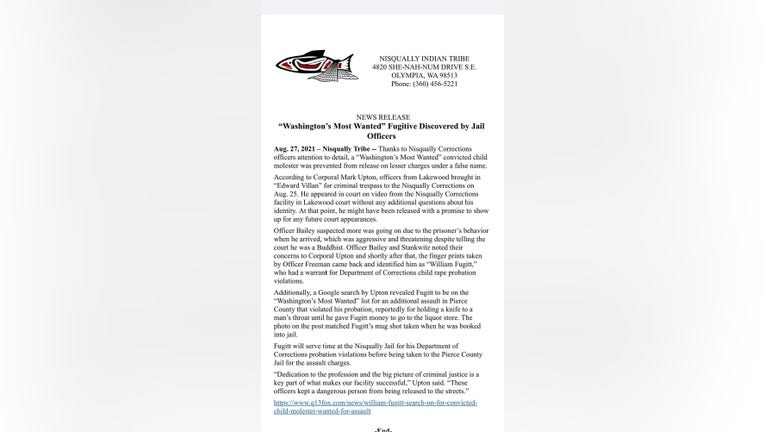 PIERCE COUNTY - When William "Billy" Fugitt, Jr was arrested for Criminal Trespass by Lakewood Police on August 25, 2021, he gave officers the fake name of ‘Edward Villan' and was brought to Nisqually Corrections.  The convicted child rapist might have been released with a promise to show up for court but Nisqually Corrections officer Bailey noted that ‘Villan’ was being aggressive and threatening despite telling the court he was a Buddhist.

Officer Bailey and Stankwitz conferred with Corporal Mark Upton.  At that point, Officer Freeman collected finger prints which identified ‘Villan’ as William Fugitt who had a DOC warrant for child rape probation violations.  He was also wanted in Pierce County where prosecutors have charged him with Assault in the second degree.

The Nisqually Corrections Officers' attention to detail ensured that Fugitt was not released on lesser charges.

"Dedication to the profession and the big picture of criminal justice is a key part of what makes our facility successful," said Corporal Upton.  "These officers kept a dangerous person from being released to the streets," he added.

Fugitt will serve time at the Nisqually Jail for his DOC Probation Violation before being taken to Pierce County Jail for the assault charges. 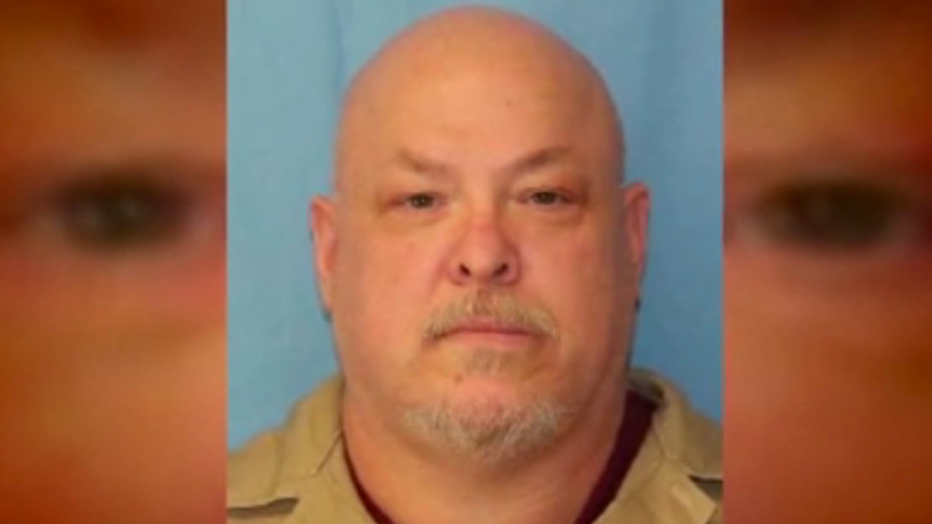 Deputies say William "Billy" Fugitt, Jr is wanted after he put a knife to another man's throat until the victim gave him money to go to a liquor store.

"He's not a good guy. We don't want him out there on the street. He needs to come in and do his time for his crimes. If he's not going to abide by his probation, then he doesn't need to be out on the streets so we need your help to find him and bring him back into custody," Darren Moss with the Pierce County Sheriff's Office says.

Fugitt has a long criminal history in Pierce County.

He was convicted of molesting two little girls in 1991 and sentenced to more than seven years in prison. That was after he pleaded guilty in 1986 to indecent liberties that started when the victim was 7 years old. He assaulted her, choked her and threatened her with a knife over a period of eight years.

Fugitt has not participated in sex offender treatment and is classified as a level 3 offender, the most likely to re-offend.

He is believed to be transient in the Tacoma area and may be driving a green Honda Odyssey minivan with no license plates and a temporary tag in the back window.

Call 911 if you spot him, then submit a tip to Crime Stoppers of Tacoma-Pierce County through the P3 Tips app on your cell phone for a cash reward of up to $1,000.