Numerous wildfires blaze through parts of Washington, forcing many roads to shut down as hot and dry conditions continue for the state.

Wildfires, car crashes, and even a dust storm caused multiple road closures Monday afternoon across Eastern Washington on one of the busiest travel days of the year.

According to the Washington State Department of Transportation, several major freeways and highways were closed on Labor Day. 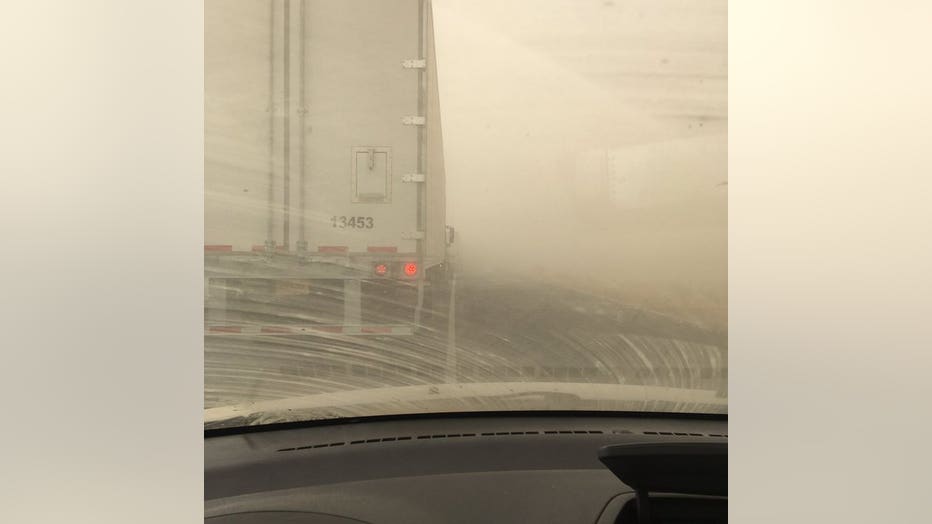 GET THE Q13 NEWS APP FOR BREAKING TRAFFIC AND WEATHER ALERTS

Large stretches of Interstate 90 and US 395 near Ritzville reopened just before 8:00 p.m.

I-82 near Prosser was also closed due to a wildfire nearby but has reopened.

The National Weather Service issued a Dust Storm Warning for portions of central and southeast Washington through Monday afternoon.

Smoke from wildfires was causing poor air quality and low visibility on Monday.

Fire officials overseeing the Evans Canyon Fire in southeastern Washington state issued a Red Flag Warning until 8 p.m. Monday due to strong winds, low humidity, and warm temperatures “that could contribute to the rapid spread of any new or ongoing fires.”

The Evans Canyon fire was sixty percent contained as of Monday morning.

Temperatures are forecast in the mid-80s in the valleys with winds shifting to northeast-east including gusts to 35 mph by midday, according to the Southwest Region of the Department of Natural Resources.

Nearly 1,000 firefighters have fought the Evans Canyon Fire with an impressive array of machines on the ground and in the air — at least 127 engines, 13 bulldozers, two tank-like skidgines, 21 water tenders, six helicopters and two airplanes.

Joining them in the battle through the Yakima River Canyon is one of two specially equipped firefighting trains from BNSF Railway, both based in Washington.

Dry and hot conditions and higher wind speads expected to continue to fuel the wildfire Sunday. Crews have contained 40 percent, upgrade from 20 percent on Saturday.

The Cold Springs Fire continues to blaze in eastern Washington, just south of Omak, WA in Okanogan County, spreading across the Columbia River and into Douglas county.

Douglas County Sheriff's Office says the fire has reached the Jameson Lake Drainage area, spreading toward US2 and Moses Coulee on Sunday.

Level 3 evacuation notices are in effect for the Crane Orchard Rd. from SR 173 to the end of the road, and Cameron Lake area, Moses Coulee and Rimrock Meadows areas. The City of Bridgeport and Bridgeport Bar areas are being asked to evacuate toward Brewster and contact the Red Cross at (509) 670-5331 if shelter assistance is needed.

Transportation officials reminded travelers to be prepared as dangerous conditions continue with wildfires spreading and the burn ban in effect.