The White House hit back Monday at rumblings in the media about whether President Trump might be preparing to oust Dr. Anthony Fauci, calling the speculation "ridiculous" and issuing an on-record show of support for the man who is the face of the administration's coronavirus response. 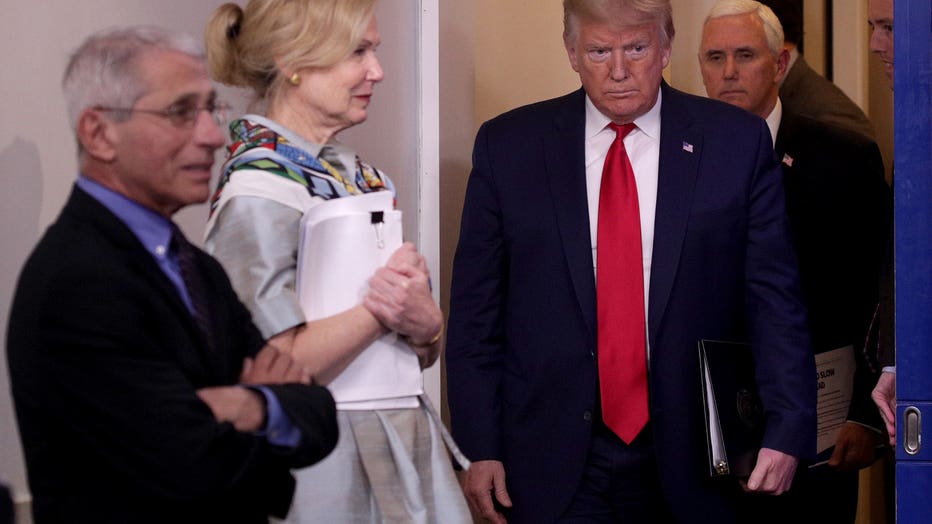 Rather, Trump was just trying to respond to a media "falsehood" about the coronavirus response, according to the White House.

"This media chatter is ridiculous – President Trump is not firing Dr. Fauci.  The President’s tweet clearly exposed media attempts to maliciously push a falsehood about his China decision in an attempt to rewrite history," White House deputy press secretary Hogan Gidley said in a statement.

"It was Democrats and the media who ignored Coronavirus choosing to focus on impeachment instead, and when they finally did comment on the virus it was to attack President Trump for taking the bold decisive action to save American lives by cutting off travel from China and from Europe. Dr. Fauci has been and remains a trusted advisor to President Trump."

The tweet that Trump had promoted seemed to criticize Fauci for suggesting more lives could have been saved if the federal government acted earlier.

"Fauci was telling people on February 29th that there was nothing to worry about and it posed no threat to the US public at large. Time to #FireFauci..." DeAnna Lorraine, a former Republican congressional candidate, had tweeted.

"Sorry Fake News, it’s all on tape. I banned China long before people spoke up," Trump tweeted, alongside that message. The tweet comes as he's battled a recent New York Times report that said he was slow to act on the coronavirus outbreak.

Among the decisions Trump repeatedly points to in disputing that narrative is his travel ban targeted at China.

But the presence of the anti-Fauci hashtag indeed fueled chatter about Trump's relationship with Fauci, which has been simmering for weeks.

The Times has reported that Fauci has “grown bolder” in correcting Trump publicly and Fauci, in turn, “has become a hero to the president’s critics because of it.”

New York Democratic Gov. Andrew Cuomo, who has clashed with Trump in the past, addressed the speculation regarding Fauci's future during a Monday press briefing. He doubted that there was any chance Trump would fire the doctor.

"As crazy as things get in this world and in crazy Washington, I can't imagine that that would ever happen," Cuomo said.