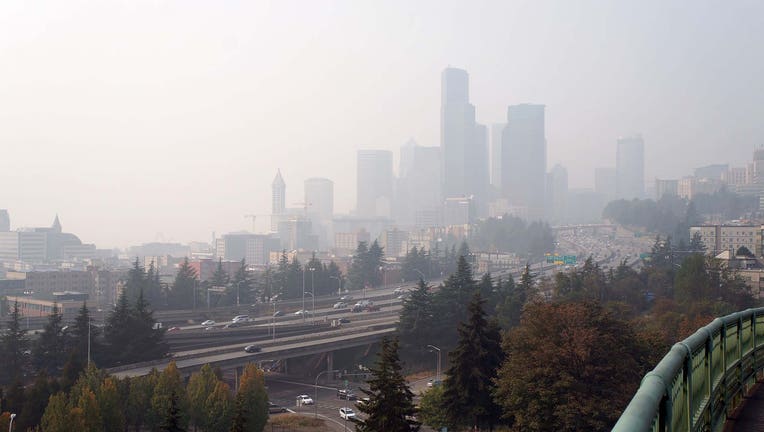 A view of the Downtown Seattle skyline from the Rizal Bridge, seen during smoky conditions caused by wildfires in the Western U.S. (Bruce Englehardt // CC BY-SA 4.0)

SEATTLE - Data from the American Lung Association shows that Seattle, Tacoma, Yakima and Bellingham had among the worst air quality in the U.S. due to last year’s wildfire season.

Washington weathered a devastating wildfire season in the summer of 2021, but still fared better than California and Colorado. Record-breaking wildfires choked communities with smoke and raining ash.

RELATED: As western wildfire smoke spreads across America, who's at risk?

According to their data, all but one Washington county monitored by the nonprofit organization received an ‘F’ for air quality grade, based on the number of days recorded at ‘orange,’ ‘red,’ ‘purple’ and ‘maroon’ levels on the Air Quality Index (AQI).

Only Skagit County received a ‘D’ grade, but ALA notes their data is incomplete for the county.