SANTA CRUZ, Calif. - California wildfires were slowly being corralled Friday as cooler, humid weather and reinforcements aided firefighters and tens of thousands of people were allowed back home after days of death and destruction.

In heavily damaged areas, crews were working to restore electricity and water so more people could return to their homes, Santa Cruz County Chief Deputy Chris Clark said. Evacuation orders for more than 20,000 people were lifted over the past 24 hours in San Mateo and Santa Cruz counties. And more good news: Clark said Friday that no one returning home had been burglarized while they were gone.

Clark also added that three missing people had been accounted for, though he was looking into one missing person report. 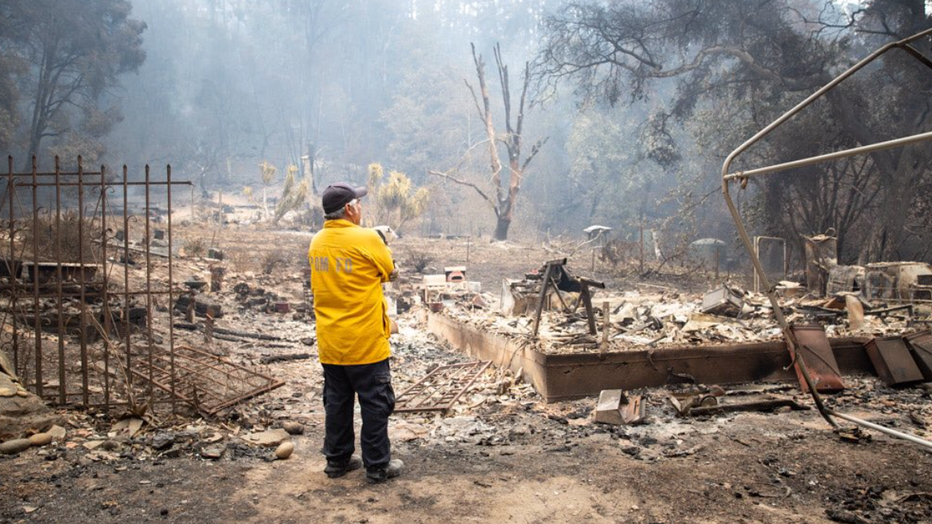 David Serna, a veteran firefighter, found himself on the other side of the fireline. He returned home to find his home destroyed in the CZU Lightning Complex Fire.

Meanwhile, fire crews found an odd discovery while mopping up spot fires near the Boulder Creek Golf Club on Thursday. They found an explosive device that appeared to be a pipe bomb inside a toolbox. The sheriff's bomb squad safely detonated the device.

Around the state, hundreds of wildfires — coming months earlier in the season than expected — have already killed at least seven people, burned more than 2,000 square miles and pushed firefighter resources to the breaking point. Two are among the largest wildfires in recent state history.

But a heatwave eased this week, and in the past few days cooler, more humid weather patterns have slowed the spread of three massive complexes of wildfires in the north.

In addition, personnel, aircraft and bulldozers have been arriving from other states and California National Guard troops have joined the fight, authorities said.

In the eastern San Francisco Bay Area, the SCU Lightning Complex Fire that has burned in seven counties had burned about 374,471 acres by Friday and was 40% contained.

Cal Fire said three first responders and two civilians were injured in the fire, but the agency did not elaborate on the extent of those injuries.

Further north, the LNU Lightning Complex Fire had burned more than 372,344 acres and was 35% contained by Friday.

That fire complex, the site of five deaths, still threatened 30,500 homes and other buildings after destroying 1,080.

Cal Fire noted that burned out unstable wooden bridges, burned asphalt, trees and power lines have been falling down and these issues will have to be addressed before letting people move back in. 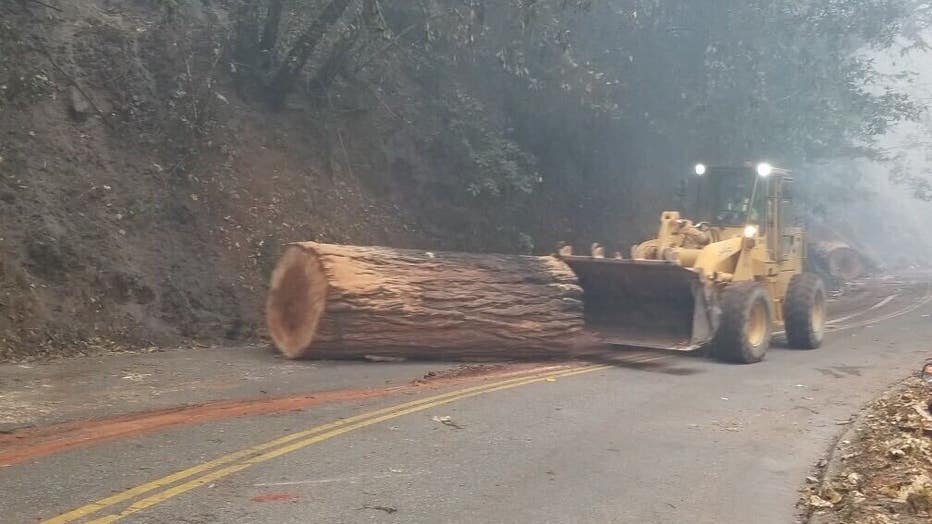 Still, there were areas that were deemed safe for "repopulation." Firefighters and utility workers were clearing areas for returning residents.

In the heart of wine country, evacuation orders in Napa and Sonoma counties were lifted Wednesday for about 35,000 people who had been told to leave after lightning ignited dozens of blazes more than a week ago starting the LNU fires.

Cal Fire said there still was “extreme fire behavior” and portions of the three-pronged fire continued to advance in several directions.

Even after the wildfires are contained, thousands of firefighters will have to remain on the firelines to douse smoldering timber and hot spots to prevent flareups.