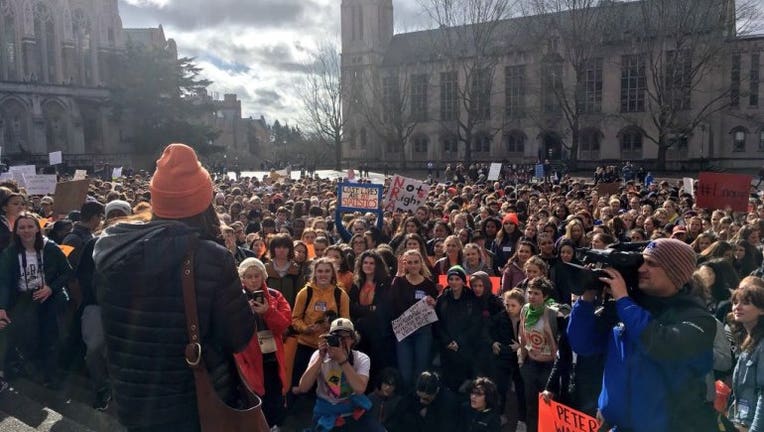 Organizers of Roosevelt HS math to UW say there are 4,700 people at this rally for "Walkout Wednesday."

SEATTLE -- Thousands of students in Western Washington joined youth across the country in walking out of class to protest gun violence.

It was part of a nationwide school walkout Wednesday that calls for stricter gun laws following the massacre of 17 people at a Florida high school.

The Seattle Public Schools board urged students to stay on campus, both voicing support for the movement but also warning students they would unexcused for the absence.

In eastern Washington, Freeman High School in Rockford observed 18 minutes of silence, with the extra minute to honor their classmate who was killed in a shooting at the school last year.

Stay on this page for live updates below: