WHO expert discusses how team assessed likelihood of virus origins

WHO food safety and animal diseases expert Peter Ben Embarek discusses how the team assessed the origins of the virus after a visit to the central Chinese city of Wuhan. The first cases were discovered in the city in December 2019.

WASHINGTON - The White House supports an independent investigation into the origin of COVID-19, press secretary Jen Psaki said, after the Wall Street Journal reported three Wuhan lab workers were sick and hospitalized months before the pandemic.

The outlet reported the researchers were from China’s Wuhan Institute of Virology and fell ill in November 2019 according to an undisclosed U.S. intelligence report obtained by the WSJ.

"The United States government has reason to believe that several researchers inside the WIV became sick in autumn 2019, before the first identified case of the outbreak, with symptoms consistent with both COVID-19 and common seasonal illnesses," the fact sheet stated. "The COVID-19 pandemic was avoidable. Any responsible country would have invited world health investigators to Wuhan within days of an outbreak."

RELATED: WHO team says coronavirus unlikely to have leaked from China lab

Psaki addressed WSJ’s report Monday during a briefing with reporters.

"We have no means of confirming that or denying that. I mean it’s not a report from the United States," she said regarding the possibility the researchers were hospitalized. "We need data. We need an independent investigation and that’s exactly what we’ve been calling for." 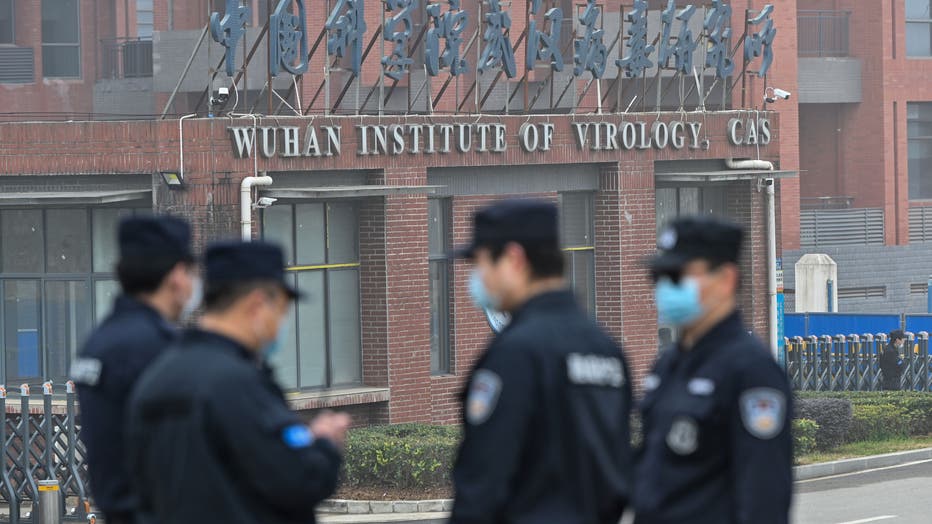 More than a year after the World Health Organization declared the pandemic, questions still remain as to how it all started. According to FOX Business, The Wuhan Institute hasn’t shared raw data, safety logs and lab records on its extensive work with coronaviruses in bats, which many consider the most likely source of the virus.

The country’s top infectious disease expert, Dr. Anthony Fauci, said he was "not convinced" COVID-19 developed naturally outside the lab, and also called for an open investigation into the virus' origins.

"I am not convinced about that, I think we should continue to investigate what went on in China until we continue to find out to the best of our ability what happened," he recently told PolitiFact’s Katie Sanders. "Certainly, the people who investigated it say it likely was the emergence from an animal reservoir that then infected individuals, but it could have been something else, and we need to find that out."

In March 2020, WHO put out its first report regarding the origin of COVID-19, suspecting bats as the source. The report also stated while the first recorded COVID-19 case was identified in Wuhan and linked to a local meat market in December 2020, it was possible that the virus originated elsewhere.

In a March 2021 report, a joint WHO-China study said that transmission of the virus from bats to humans through another animal is the most likely scenario and that a lab leak is "extremely unlikely."

But many world governments, including the U.S., question the veracity of the report and the role of the Chinese government.

Psaki previously said that medical experts and the global community "all deserve greater transparency." She said the WHO report lacks crucial information and provides a "partial, incomplete picture" of the virus’ origin.

In March, a group of scientists penned an open letter asking for an independent study into the origin of COVID-19. The scientists said they believed the Chinese government may influence the WHO and expressed concerns that data could be withheld or manipulated.

In the meantime, China has repeatedly stated the virus didn’t escape from a lab.

"The U.S. continues to hype the lab leak theory," China’s foreign ministry told WSJ. "Is it actually concerned about tracing the source or trying to divert attention?"

According to Johns Hopkins, COVID-19 has sickened more than 167 million people around the globe since the pandemic started in March 2020, killing more than 3.4 million people worldwide. In the U.S., more than 33 million Americans have fallen ill and more than 590,000 have died.

According to the U.S. Centers for Disease Control and Prevention, more than 130 million Americans have been fully vaccinated against the virus, representing 39.3% of the total U.S. population.