Nearly every structure in a small town in eastern Washington state was destroyed in a raging wildfire on Monday as weather conditions have allowed blazes to grow across the Pacific Northwest.

The Whitman County Sheriff's Office said in a news release that a blaze dubbed the Malden Fire erupted around noon and was fueled by "extremely high winds," timber and dry fields that allowed a "firestorm" to develop. Within hours, the blaze destroyed 80% of the homes and structures in the small town of Malden, located about 35 miles south of Spokane.

"The scale of this disaster really can't be expressed in words," Whitman County Sheriff Brett Myers said in a statement. "The fire will be extinguished but a community has been changed for a lifetime. I just hope we don't find the fire took more than homes and buildings. I pray everyone got out in time."

RELATED: Evacuations under way in parts of Pierce County; homes destroyed as wildfires burn across Washington

There are no reports of deaths or injuries in Malden as of Tuesday morning. 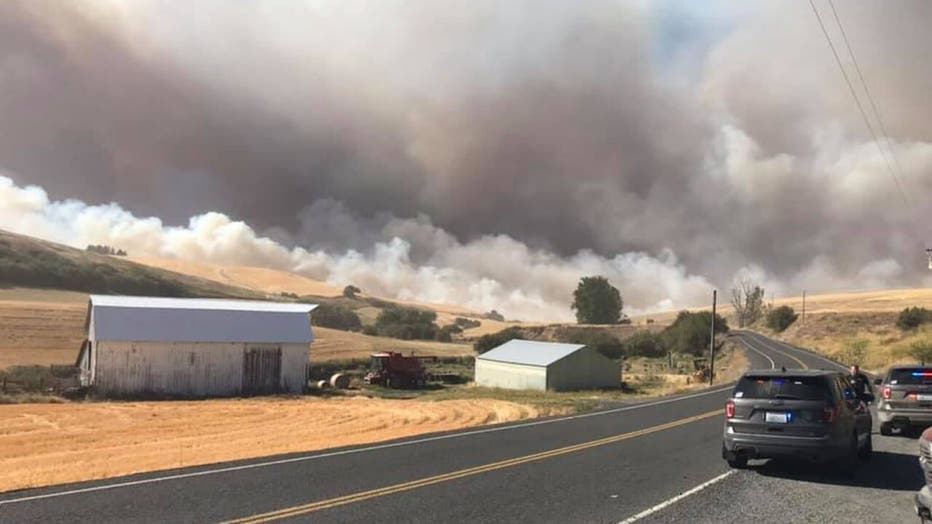 A "firestorm" was reproted in Whitman County, Wash. on Monday as a fast-moving wildfire destroyed 80% of the small town of Malden. (Whitman County Sheriff's Office)

According to the sheriff's office, the town lost its fire station, post office, city hall, library and most of its homes as well as "other prominent buildings." 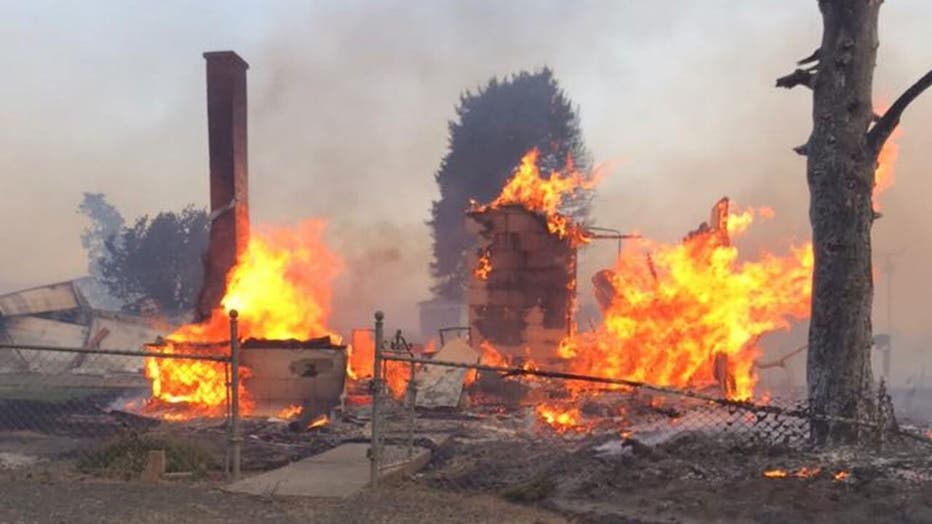 Several other large fires were reported around 11 a.m. on Monday across Whitman County in the Colfax area, located about 32 miles south of Malden. 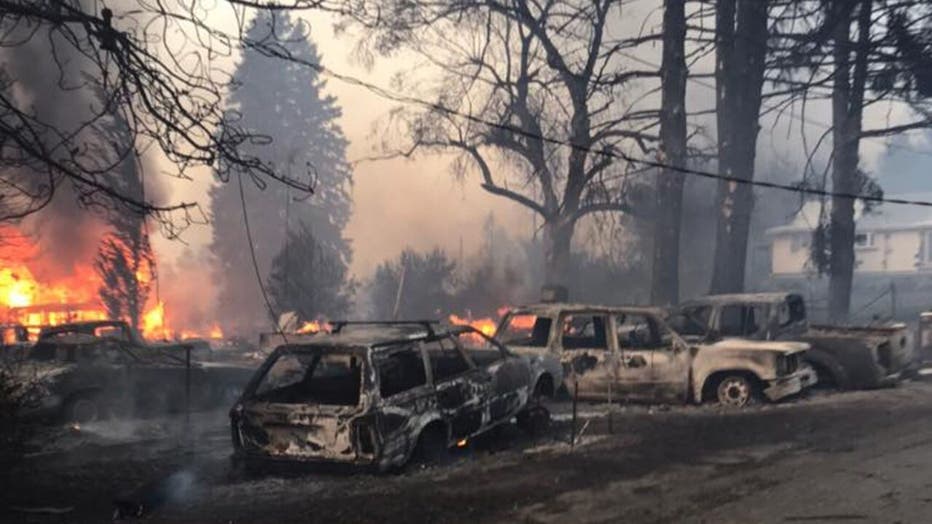 "Winds of 45 mph and dry ground fueled the flames at an alarming rate of speed," the sheriff's office said. 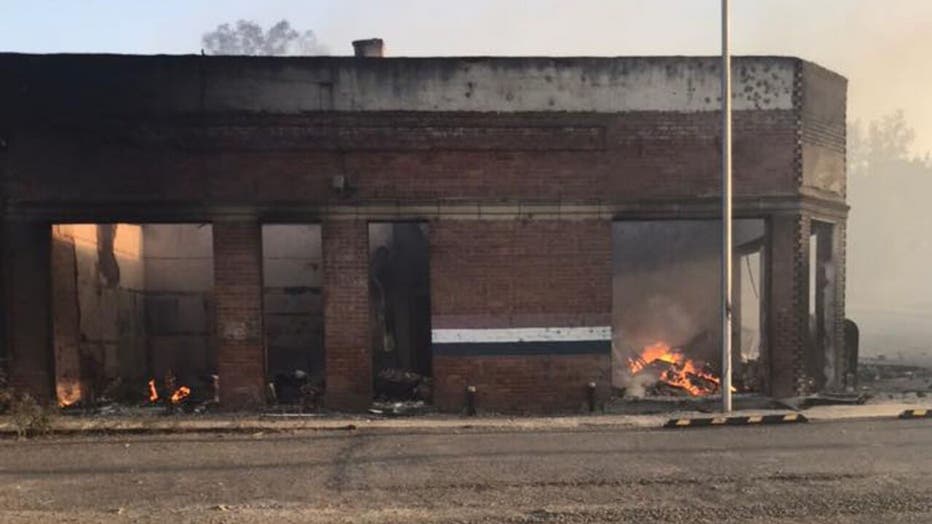 The town of Malden, Wash., lost its fire station, post office, city hall, library, and most of its homes as well as "other prominent buildings." (Whitman County Sheriff's Office)

Deputies responded to Malden after being notified around noon of the "aggressive nature and direction of the fire," going door-to-door and making announcements on vehicle PA systems, notifying residents of the fire and the potential danger to life and property. 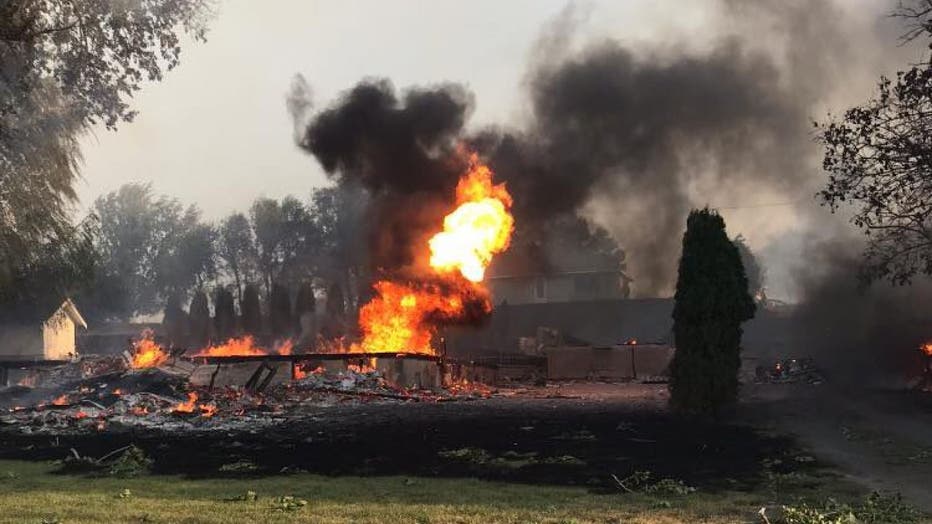 Whitman County Emergency Management, the sheriff’s office, and Fire Incident Command are still working on a plan to take inventory of the damage and to account for residents who were in their homes or in the communities when the firestorm hit.

"Many families have had to evacuate their homes and many homes have been lost," Franz said on Facebook. "We're still seeing new fire starts in every corner of the state. My heart is with all of these families through this tragedy." 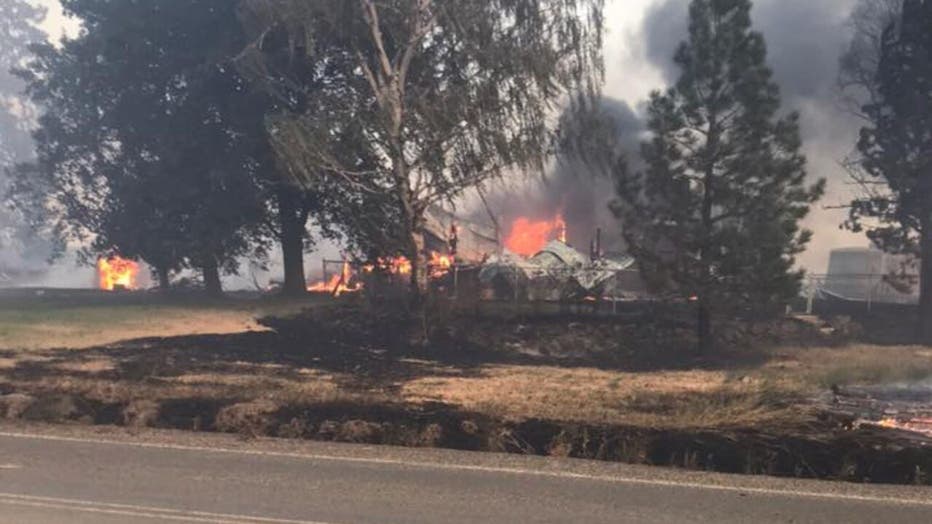 A "firestorm" was reproted in Whitman County, Wash. on Monday as a fast-moving wildfire destroyed 80% of the small town of Malden. (Whitman County Sheriff's Office)

The Evans Canyon Fire in southeastern Washington has grown to 75,817 acres and is 60% contained as of Tuesday morning, according to InciWeb.

Nearly 1,000 firefighters have fought the Evans Canyon Fire as the blaze has created poor air quality and low visibility in the region. 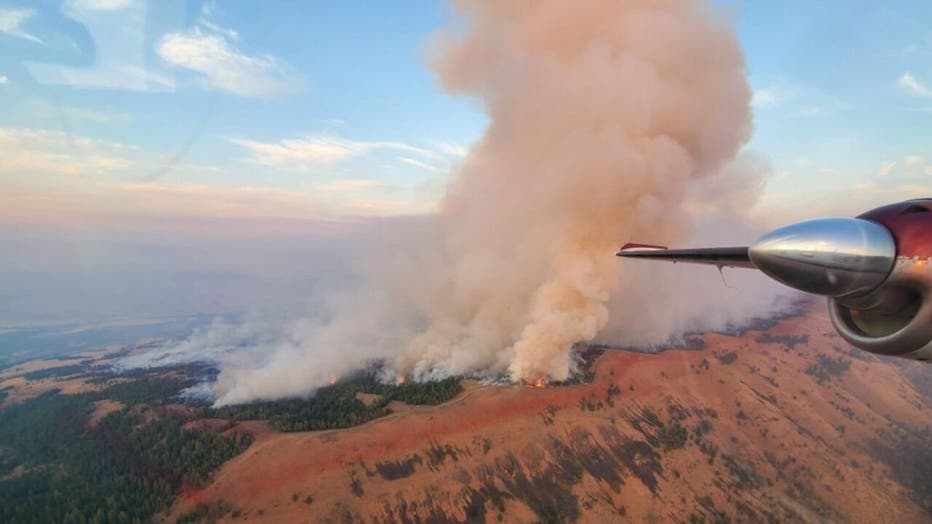 Evans Canyon Fire in southeastern Washington has grown to 75,817 acres and is 60% contained. (InciWeb)

Additional evacuations were ordered for the Cold Springs Fire continues to blaze in eastern Washington, just south of Omak, with Level 3 notices issued.

In neighboring Oregon, Lionshead Fire has grown to 18,615 acres and is only 31% contained, according to InciWeb. 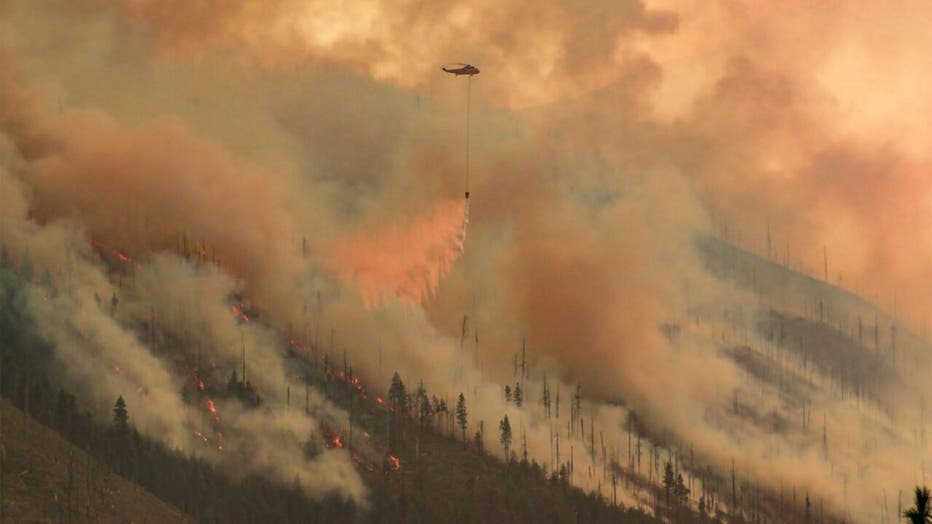 The Lionshead Fire continues to rage in Oregon. (InciWeb)

The strong and damaging winds that are fueling the blazes have caused more than 120,000 people to lose power in the Portland metro area. Power was cut in the Mount Hood area due to being in a high-risk fire zone.

"We are temporarily shutting off power for customers located in the high-risk fire zone near Mt. Hood," Portland General Electric tweeted. "We do this to protect lives and property during these wildfire conditions. We’ll restore power as quickly as safety allows."

The strong winds were also impacted by travel.

In Multnomah County, deputies on Twitter said they encountered about a dozen people stranded in vehicles on a roadway due to downed trees helped them to safety.

With help from residents, deputies said they cleared a number of downed trees blocking the road. No injuries were reported.

Deputies asked people to limit travel as much as possible on Monday night.

Excessive heat warnings and fire weather watches remain in effect across the West on Tuesday. 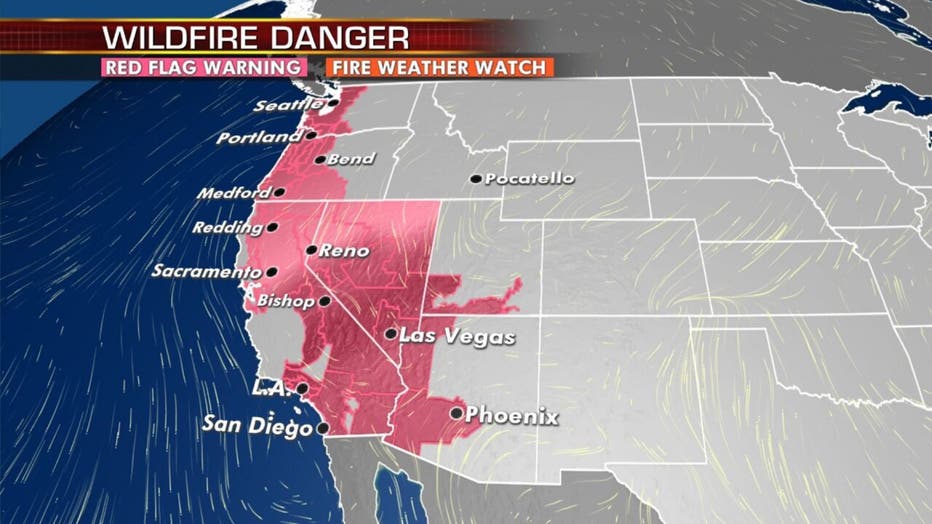 The wildfire danger continues out West on Tuesday. (Fox News)

The strong winds have also caused critical fire danger across the region.