UW researchers develop an obstacle-avoiding drone that seeks out smells

A team of University researchers develops an autonomous, obstacle-avoiding drone that uses a live moth antenna to navigate toward smells.

SEATTLE - Researchers at the University of Washington created an odor-detecting, autonomous drone guided by a live moth antenna to detect smells and avoid obstacles in its flight path.

In the event of a natural disaster or dangerous situation, perhaps detecting bomb threats, this drone could pose as a life-saving resource.

“Nature really blows our human-made odor sensors out of the water,” lead author Melanie Anderson, a UW doctoral student in mechanical engineering told UW News. “By using an actual moth antenna with Smellicopter, we’re able to get the best of both worlds: the sensitivity of a biological organism on a robotic platform where we can control its motion.” 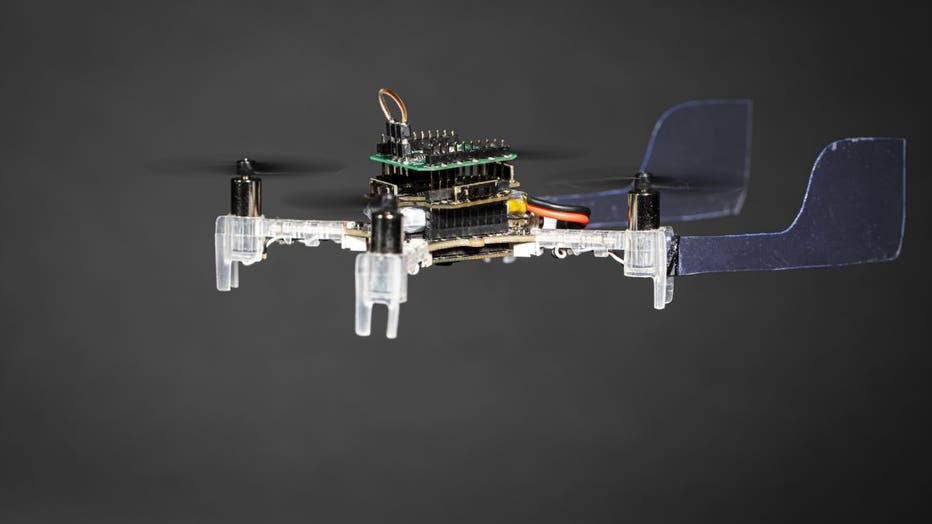 The challenge humans face is detecting odors or chemicals in the event of saving lives during natural disasters, explosions or gas leaks. One technical aid in these situations could be the Smellicopter, researchers said in their experiment results in the journal IOP Bioinspiration & Biomimetics.

The drone is small enough to fit in places humans couldn't in the event of an emergency or other special circumstances. Fitted a top of the body of the drone is a live moth antenna, perfect for detecting airborne chemicals or odors.

“Cells in a moth antenna amplify chemical signals,” said co-author Thomas Daniel told UW News. “The moths do it really efficiently — one scent molecule can trigger lots of cellular responses, and that’s the trick. This process is super efficient, specific and fast.”

To utilize a moth antenna, the moths are placed in a fridge to anesthetize them, researchers say. The antenna is then separated from the moth and placed through tiny wires on top of the drones. Electrical currents move through the antenna, aiding in odor detection and similar flight patterns and obstacle detection similar to a moth.

Researchers say during their findings, the drone proved to be more responsive and quicker to odor detection than human-made detectors.