'Cause for concern, not panic': Biden on omicron COVID-19 variant concerns

President Joe Biden laid out his plan to fight against a new COVID-19 variant called omicron, which has popped up in countries across the world. The president said sooner or later the variant will arrive in the U.S. and it's cause for "concern, not panic" as officials make preparations to combat the new strain.

WASHINGTON - The number of Americans applying for unemployment benefits rose last week even though the U.S. job market has been rebounding from last year's coronavirus recession.

Since topping 900,000 in early January, the weekly applications — a proxy for layoffs — have been falling more or less steadily.

Overall, 2 million Americans were receiving traditional jobless benefits the week that ended Nov. 20, down by 107,000 from the week before. 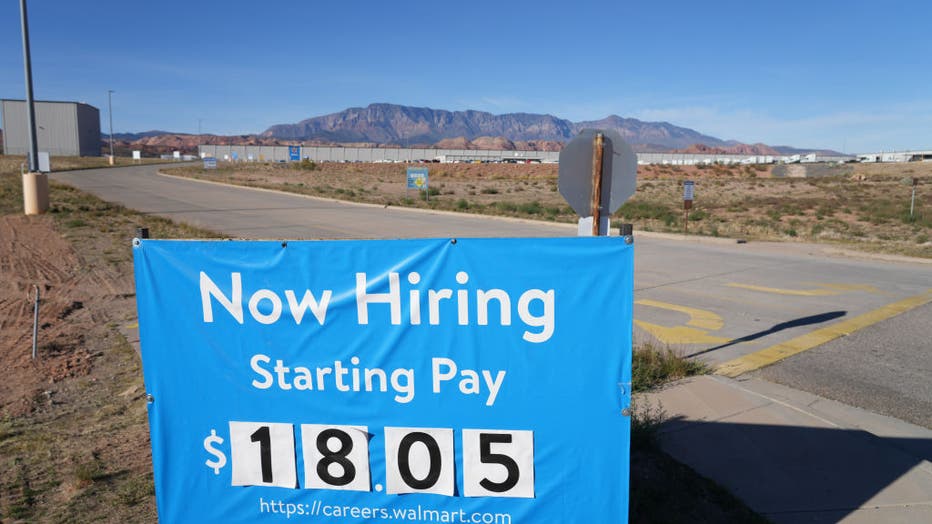 Until Sept. 6, the federal government had supplemented state unemployment insurance programs by paying an extra payment of $300 a week and extending benefits to gig workers and to those who were out of work for six months or more. Including the federal programs, the number of Americans receiving some form of jobless aid peaked at more than 33 million in June 2020.

The job market has rebounded strongly since the spring of 2020 when the coronavirus pandemic forced businesses to close or cut hours and kept many Americans at home as a health precaution. In March and April last year, employers slashed more than 22 million jobs.

But government relief checks, super-low interest rates and the rollout of vaccines combined to give consumers the confidence and financial wherewithal to start spending again. Employers, scrambling to meet an unexpected surge in demand, have made 18 million new hires since April 2020, and the jobs report out Friday is expected to show that they added another 535,000 in November. Still, the United States remains 4 million short of the jobs it had in February 2020.

Companies now complain that they can’t find workers to fill job openings, a near-record 10.4 million in September. Workers, finding themselves with bargaining clout for the first time in decades, are becoming choosier about jobs; a record 4.4 million quit in September, a sign they have confidence in their ability to find something better.

"Workers are in high demand and businesses are reluctant to reduce their workforce amid persisting shortages,'' said Rubeela Farooqi, chief U.S. economist at High Frequency Economics. "Our base case was that supply (of workers) would gradually return as the cushion from savings diminished. However, renewed health concerns are a downside risk that may prevent people from returning to the workforce over coming months.''