SEATTLE -- This week's discovery of seven planets around a distant star has a connection right here at the University of Washington. The star is called TRAPPIST-1 and the scientist is Eric Agol.

The equations on the long chalkboard in professor Eric Agol's office on the University of Washington campus let you know as soon as you enter that he knows he's got the right stuff for his job.

But, the UW professor that's been on the Seattle campus for 15 years actually wasn't the kind of astronomer who as a kid would drag a telescope out into his backyard to gaze at the heavens.

Agol was into math and later physics. As a member of a roughly 30 person international scientific team watching a star called TRAPPIST-1, it was his calculations that helped determine what kind of planets are circling around the star about 40 light years away in the constellation Aquarius.

Whether these planets are the "rocky" type like Earth and Mars, or the "gassy" ones like Jupiter or Saturn, tells us a lot about the universe. 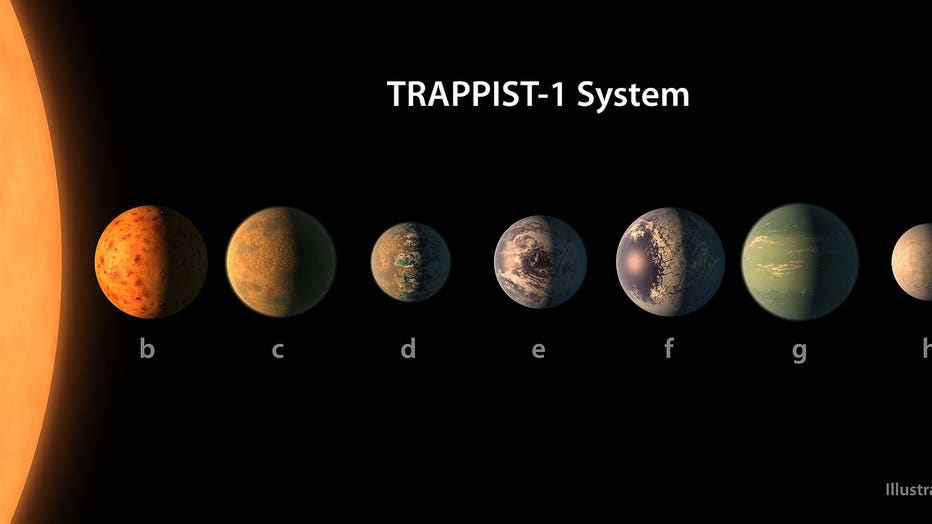 "The initial discovery was based on ground-based telescopes, which are coming from around the world," says Agol. "So, this is truly an international enterprise."

TRAPPIST-1 is a what's called an ultra cool dwarf star, so Agol says it's not much bigger than Jupiter -- the biggest planet in our own solar system. So far, seven newly discovered planets, all very similar in size to Earth and Venus, were discovered orbiting around the distant TRAPPIST-1.

"Well, the closest star is four light years away," says Agol. "That’s as close as it gets. So, this is about 10 times further."

To give you an idea of how far away this solar system is, TV signals travel at the speed of light. So, the very first episodes of 'Three's Company', 'The Love Boat', and 'Fantasy Island' that debuted here 40 years ago are just now reaching the Trappist-1 System.

"This may be as good as it gets for discovering a planet system like this one,"  says Agol. He adds that getting to our moon and Mars are problems of engineering. Getting to a place 40 light years away like any of the planets (named B through H) in the Trappist-1 system is a problem of physics since it would take more than a thousand years.

Even seeing the planets around distant stars like TRAPPIST-1 poses a challenge. It isn't done the same way we see planets in our own solar system.

"When you look at another star, the planets are invisible because the star is so bright. So we have to resort to indirect
techniques," says Agol. "And so every time the planet orbits in front of the star you see the star get a little bit dimmer. For half an hour to an hour or so."

What really gave this discovery a jump-start was being able to use NASA's Spitzer Space Telescope. They scientists were able to watch TRAPPIST-1 nonstop for 20 days. "And the cool thing is that every time the planet orbits the star we see a blip, and so we can build up confidence that these are actually planets." 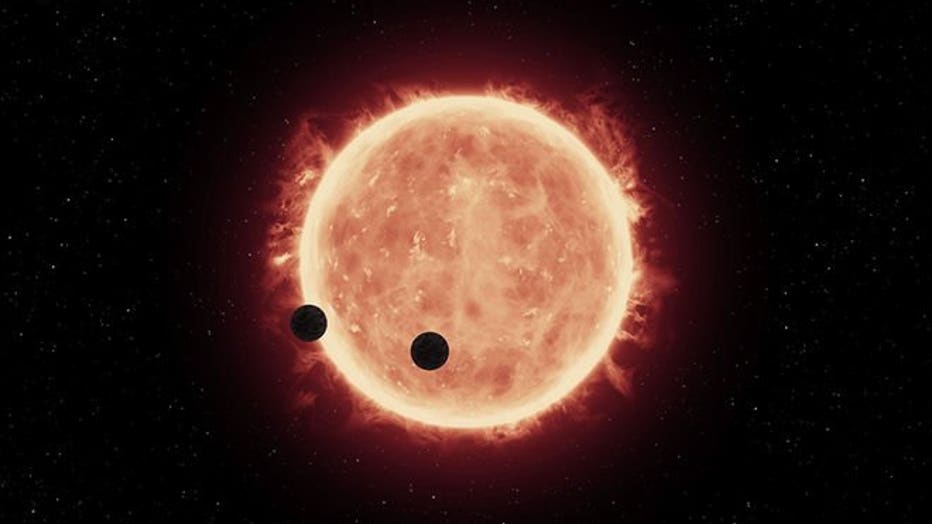 He says he the dimming of the star from a planet moving in front of it is only a dimming of roughly 1 percent of the overall light that reaches us here on Earth, but Agol says it's easy for scientists to calculate with our current technology.

"These planets we only have rough estimates to their properties so far and prove those over the next year or two. And that’s actually what really excites me, is trying to figure out whether these are rock, if they’re water or gaseous more like Neptune. But right now the indication is that they’re probably more rocky like the earth. And that’s really exciting."

Agol says at least three of the planets D, E, and F could be in what astronomers call the "Goldilocks Zone". That's the distance from a star where water could be in liquid form, the way it is here on Earth. "The planets are more like earth than previous discoveries and that’s got a lot of astronomers excited. "

As far as expectations, Agol doesn't think science fiction has raised humanity's expectations of future space travel too high. Instead he thinks it challenges astronomers 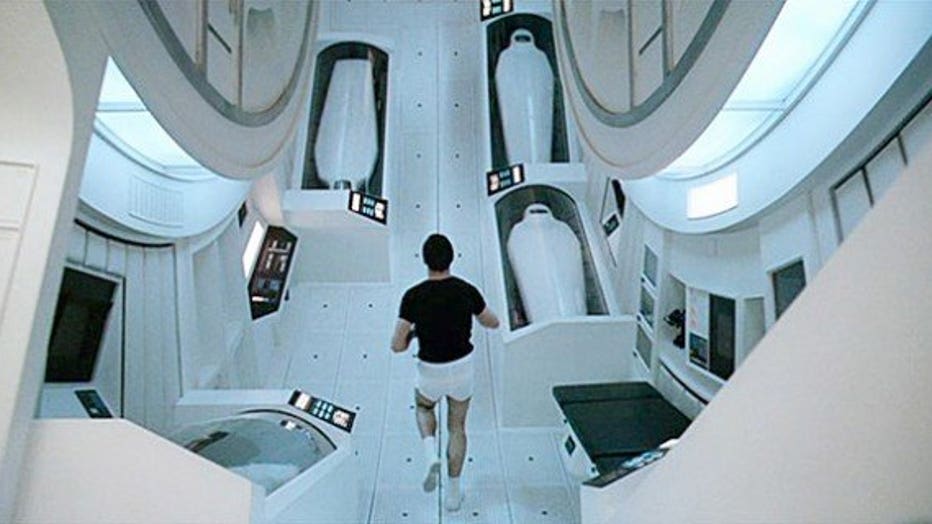 Jogging in space from '2001: A Space Odyssey' / Courtesy: Warner Brothers


and physicists to think bigger.

"Science is influenced by art and vice versa," says Agol.

He says continued funding of science and space exploration is critical. He says amazing discoveries come from the journey, not the destination.

"I think funding it is important not only inspiring the next generation of of scientists and engineers and also the technological spin-offs have been amazing."

Indeed, some incredible things have come from studying the universe. Agol says that wifi and the digital camera in your phone are both a result of improving tools for astronomers. And the internet itself has it's origins from breakthroughs in particle physics.

Agol says the next few years could have some more amazing discovering coming from the Trappist-1 system. Using some new telescopes in space about as far out as the moon could help them figure out what these 7 planets are made of, if they have atmospheres, and if there's water in those atmospheres.

And a fun fact for you: Agol says TRAPPIST-1 is the first star and solar system named for beer. TRAPPIST is an acronym that stands for "Transiting Planets and Planetesimals Small Telescope". The Belgian scientists that began this project honors the beer brewing Trappist order of Monks from the 1600s.

For more really cool animations from NASA and a science fiction story already written involving the TRAPPIST-1 system you'll want to check out the website: http://www.trappist.one/