Tacoma Comedy Club reinvents itself to stay alive during COVID

TACOMA, Wash. - While Governor Inslee's new guidelines announced Tuesday afternoon give a little more leeway for some businesses, some business owners tell us they’re scratching their heads trying to figure out if and how they can make them work. But for some - the challenge isn’t a deterrent.

In the last 10 years, the family-owned Tacoma Comedy Club has housed hundreds of national headlining comedians and given many local comics their start. But during the last 10 months, the club has gone through quite the journey.

"When comedy shut down we thought it was just going to be a few weeks," says club owner Adam Norwest.

"I’m just sitting there like, what are we going to do?"

That’s when Norwest got an idea.

"I was like, 'Well we know how to make a good burger. Why don't we transform this into a burger restaurant?"

The club always had a kitchen but could hardly be considered a restaurant. The transformation would be grueling.

"Thankfully we have really great people who work for us and people who signed up to work at entertainment venue who're like, okay, guess we're boxing up french fries for 12 hours a day now."

Now doing just takeout, Norwest says it helps them scrape by and keep the club alive.

"100% we want to go back to being a comedy club. That’s our bread and butter; that’s what we know how to do best."

Inslee’s new guidelines put them one-step closer to that kind of. In phase 1, the club can technically open its doors to up to six people who all live in the same household. 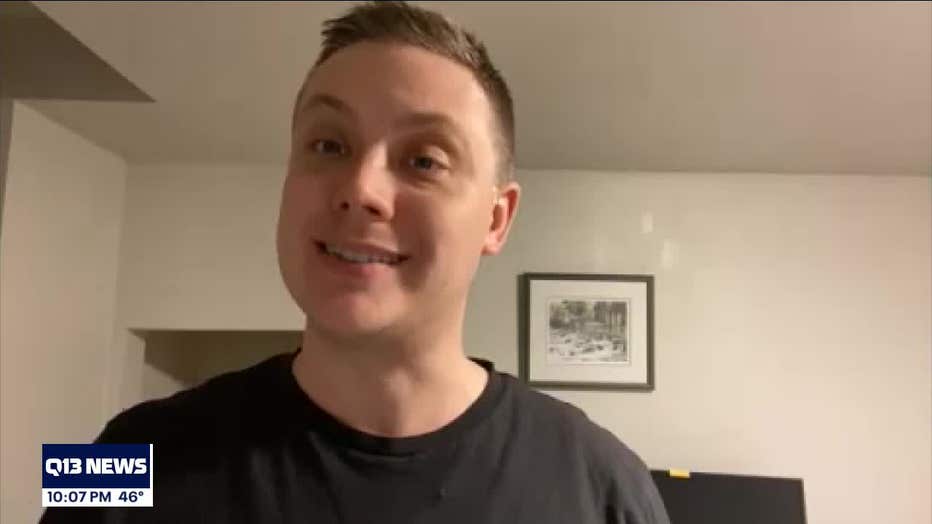 "I think we would put it out there and say, ‘Hey this is the law, if your family wants to come to a show, this is what it costs and it’s a once in a lifetime experience."

Is it the most feasible situation? No. But he says that’s okay.

"I mean, yeah, it's a little ridiculous but maybe we can do something ... If I wasn't willing to do crazy things I wouldn’t own a breakfast burrito and hamburger place right now, so if comics can make a few bucks and people can have a good time, sure let’s try it."

He isn’t dwelling on the challenges current restrictions may bring. Instead he’s looking towards the future that finally feels near in sight.

"I'm mostly really excited that 25% capacity is in phase 2 because that’s next and we haven't been next-ever - so the fact that we could start doing comedy shows with 100 people, that makes me want to cry."

And how sweet that day will be.

"I think people are going to need comedy now more than ever before, like you’ve been cooped up, come laugh for an hour and a half."

Under the new phase 1 guidelines, the Tacoma Comedy Club could also host an outdoor show with up to 10 guests. Again, not the most practical idea, but club owner Adam Norwest says he thinks they might just be up to the challenge.