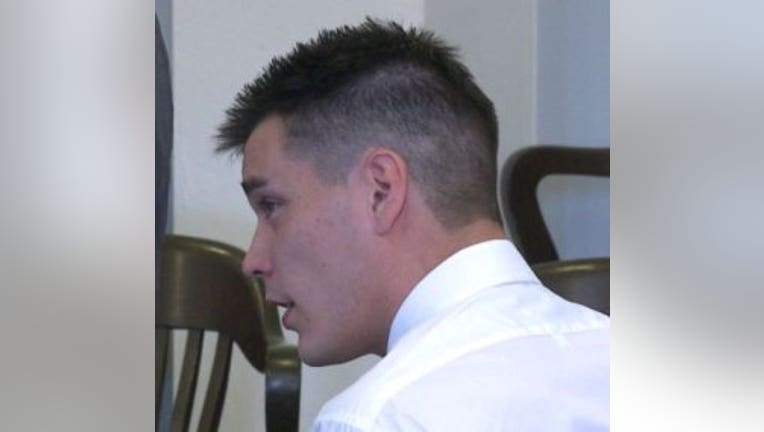 SHELTON, Wash. –  A Fircrest man pleaded not guilty in Mason County court Monday (July 24) after deputies say he shot a man, then ran over him because he thought the victim was dragging a dead dog down the road.

According to court documents, the 28-year-old stopped his truck on June 25 when he saw the victim dragging a dead animal along State Route 3.

Deputies say Kevin Schumacher confronted the man and started yelling at him about hurting the dog on the rope.

The animal was actually a dead raccoon that the victim had found floating in Coulter Creek.  Because of the smell, he didn’t want to carry it so he was dragging it by a rope to use as crab bait.

He told deputies he doesn’t have much money and gets some income from the crab he sells. 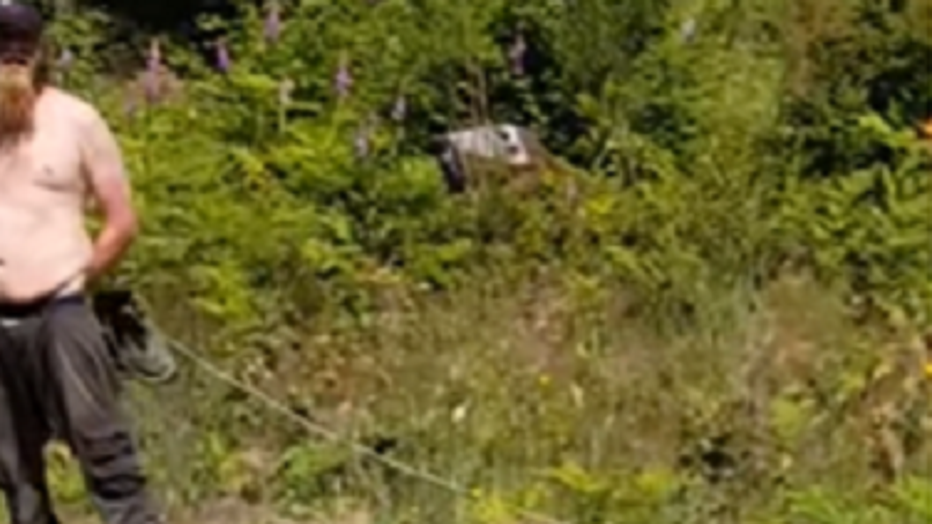 Detectives say during the argument between the two men, Schumacher drew a handgun from his hip and shot the victim in the left thigh.

Several witnesses in vehicles saw the confrontation and called 911.

Deputies say the victim tried to cross the road to get away from Schumacher who followed him and cut the rope attached to the animal.

The victim then stood in front of Schumacher’s truck to keep him from leaving because he knew officers had been called.

That’s when deputies say Schumacher hit the accelerator and ran over the victim, knocking him to the ground and causing multiple cuts and deep bruising.

The victim was transported to Harrison Medical Center for treatment.  He has since been released.

After Q13 News and Washington’s Most Wanted aired photos of the truck, an anonymous caller contacted the sheriff’s department and identified Schumacher as the suspect.

Deputies arrested Schumacher at his girlfriend’s home in Tacoma and confiscated his truck. They also recovered two .22 caliber handguns.

Schumacher is free on $300,000 bail. His next court hearing is scheduled for August 14 with trial set for October 10.

A suspect was arrested Tuesday in the shooting of a man who was dragging a dead raccoon down the road, but which apparently was mistaken for a dog by the gunman.

The Mason County Sheriff's Office said Tuesday night that an anonymous tip into its office led to the arrest of the suspect in the June 25 shooting near Belfair.  The sheriff's office said the suspect and his truck were located in Fircrest.

The man intended to use the dead raccoon as bait in his crab pot, the sheriff’s office said, but a confrontation over it quickly got out of hand and the victim was run over and shot in the leg.

"In my eyes, it’s a form of vigilante kind of justice, and it’s inappropriate and it’s dangerous to the public," said MCSO Detective Chris Liles. "It’s a situation where the suspect kind of thought he could handle the law himself."

Surveillance video captured the truck, which is a Ford extended cab built between 1992 and 1997 with a dark colored canopy. There was a white dog in the cab.

Jeff Rhoades, a Det. Sgt. with the sheriff’s office, said the suspect might have tried to alter the truck’s appearance after the incident.

Victim dragging raccoon down the road

Jake Schley, a Mason County man who is friendly with the victim, took cell phone video of a conversation he had with the victim as he was dragging the raccoon down the road prior to the shooting.

Schley described the victim as a peaceful man, and started a fundraiser to help pay for his medical treatment.

“He is a free spirit and lives off the land,” Schley told Q13 News. “I am jealous of the life he lives, with not a care in the world and a smile on his face and love in his heart. He is truly a great person.”

Several people called 911 to report the man was dragging the animal down the road. Mason County sheriff’s deputies responded, and the man said he was broke and planned to use a dead raccoon he’d found in a creek as bait in his crab pot.

Deputies said that was legal, and offered to give the man a ride. He said he’d only accept the ride if he could bring the raccoon, but the deputies declined because the animal had been dead for some time and smelled bad.

A 911 call obtained by Q13 News describes the scene of the shooting.

The victim has been released from the hospital.