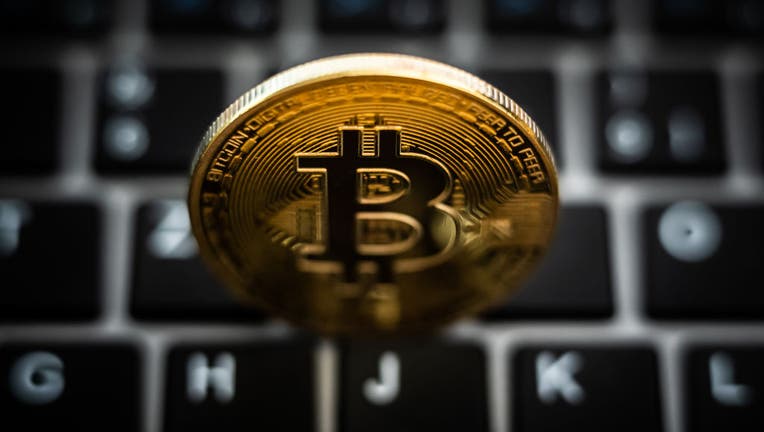 05 July 2022, Baden-Wuerttemberg, Rottweil: A symbolic "Bitcoin coin" is seen on a keyboard of a computer. Photo: Silas Stein/dpa (Photo by Silas Stein/picture alliance via Getty Images)

SPOKANE, Wash. - A Spokane medical doctor accused of hiring someone on the dark web to kidnap his estranged wife pleaded guilty Wednesday to two counts of threats in interstate commerce as part of a plea deal.

Ronald Ilg, who has been a licensed physician in Washington state since 2003, originally pleaded not guilty to one count of attempted kidnapping in May 2021, KREM-TV reported.

As a result of his guilty pleas Wednesday, charges of cyberstalking, attempted kidnapping, damage to a computer and witness tampering were dismissed.

Ilg’s estranged wife in 2021 gave investigators text messages in which she accused him of trying to hire someone to carry out a week-long kidnapping, while he was in Mexico, court documents said.

During an interview with the FBI, Ilg denied the allegations.

In February 2021, court documents say Ilg used the moniker Scar215 to offer a hitman Bitcoin to assault a former employee of his by breaking his hand.

In late March and early April 2021, Ilg reportedly used the same moniker to seek out a person to kidnap, assault, drug and extort his estranged wife.

According to court documents, Ilg offered a bonus if the goals of getting her to halt court proceedings, getting back together with him, planting drugs in her home, giving her drugs and taking photos of her doing drugs, were met.

RELATED: Murder-for-hire plot exposed when hitman turns out to be undercover agent

He said $40,000 in Bitcoin would be available for whomever carried out the kidnapping, documents said.

The FBI was able to identify Ilg by obtaining account records from Coinbase.com, which was used in the alleged transactions. The account was under Ilg’s name and included his phone number, email address and social security number, according to documents. Altogether, Ilg reportedly transferred more than $56,000 for the attacks, documents said.

According to documents, the FBI executed a search warrant at Ilg’s home on April 11, 2021, where they found a note with the moniker ‘Scar215’ and a password.

Ilg faces up to 10 years in prison when sentenced in November.