Snow had trouble sticking in parts of King and Snohomish counties, but that didn’t mean any less work for road crews.

ARLINGTON, Wa. - Snow had trouble sticking in parts of King and Snohomish counties, but that didn’t mean any less work for road crews on Sunday night. 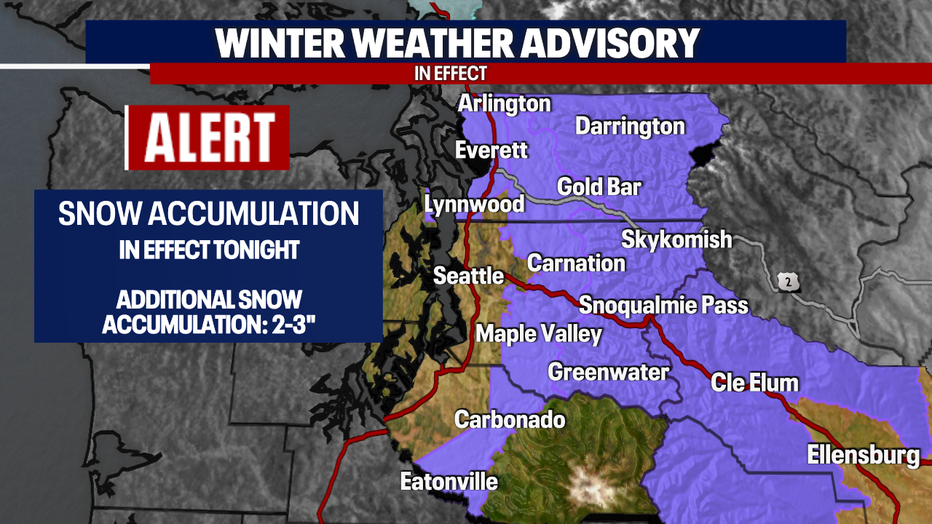 The Snohomish County Public Works team tells FOX 13 that they began prepping early. Before the weekend hit they had 38 plows, and thousands of tons of sand, salt, and de-icer.

"Hopefully, it doesn’t get too much worse than it is," said Ray Wheeler who was getting ready to travel to Arizona for a family Christmas. "The ice is what worries us the most, the snows not so bad as long as it doesn’t ice over."

Of course, it’s not just the roads that are a concern – as temperatures dip below freezing with regularity lately people without homes are struggling to find shelter.

FOX 13 spoke with Mark Mires, who was preparing to sleep at a men’s shelter in Bellevue. He said he’s had trouble finding accommodations.

"If you can’t find a place to go you’ve got to keep moving or you’ll freeze," said Mires. "If you’re street people you know where to go, or you ride around – thank God for city buses. They’re heated a lot of times and they’re kind enough to let you ride and stay warm."