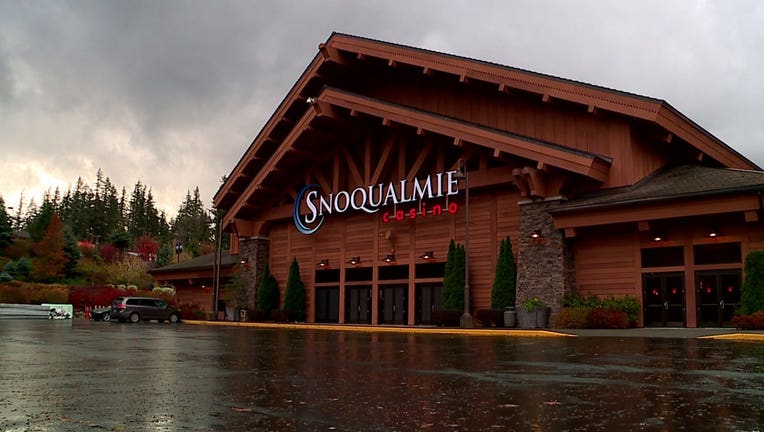 SPOKANE, Wash. (AP) — When the Kalispel Tribe of Indians closed its casino as the coronavirus took hold in Washington state, it essentially shut down its economy.

That difficult choice has played out nationwide as some 500 Native American casinos have voluntarily closed during the pandemic, often taking away tribes’ main source of income in an effort to protect people’s health in communities with limited medical resources.

The U.S. government authorized $8 billion for tribes in a coronavirus relief package in March, when most casinos closed, but it’s been slow to distribute the money, deepening the woes on reservations.

Its Northern Quest Casino near Spokane closed for nearly two months, costing the tribe millions of dollars. But with restrictions starting to loosen nationwide, the casino reopened Tuesday with limits on the number of customers, frequent cleaning, and fewer slot machines and chairs at table games to ensure social distancing.

While other Native American-owned casinos have reopened or plan to in coming weeks, most are still closed. That’s also forced layoffs and furloughs among the more than 1 million people working for tribes, many of them in casinos.

Furloughed workers are getting by with unemployment benefits and health coverage that many casinos kept in place, said John DelMonte, president of UAW Local 2121, a union representing 1,200 card dealers at the Foxwoods Resort Casino in Connecticut.

“We want to get back to work,″ said DelMonte, a casino employee.

While the Mashantucket Pequot Tribal Nation says it’s losing millions of dollars a week, protecting workers is paramount. DelMonte said the tribe is listening to state officials as it decides when to reopen.

“Everybody is taking this pretty serious. That’s a good thing,″ he said. “To open and close again would be terrible. Better safe than sorry.″

It’s not clear when Foxwoods or the Mohegan Sun casino, also in Connecticut, will be back in business. The state plans to start easing coronavirus restrictions on May 20.

More than 5,000 employees at the casino complex owned by the Mohegan Tribe — nearly the entire workforce — have been furloughed but kept their health benefits, casino president Jeff Hamilton said.

He did not have a firm number on financial losses, “but we’re in an environment where there’s no revenue.”

“I don’t know that you ever make up lost revenue, and I think the concern is that ‘How is business impacted for the foreseeable future?’” Hamilton said. “Because you put an open sign up, doesn’t mean that everything is back to normal.”

In Oklahoma, many tribal governments that shut down casinos in mid-March kept paying employees. The Cherokee Nation said it’s costing the tribe $30 million to $40 million a month to pay salaries and expenses while casinos and other businesses are shuttered.

In New Mexico, Native American-owned casinos that provide $820 million in annual revenue to 14 tribes have been shut down.

“I know for a fact that brings into question the economic stability of those tribes that have gaming operations,” said Democratic state Rep. Derrick Lente, a tribal member from the Sandia Pueblo, which has shuttered its casino on the outskirts of Albuquerque.

While corporations or billionaires own casinos in places like Las Vegas, tribes are sovereign nations that operate them under the federal Indian Gaming Regulatory Act of 1988. The law was intended to help impoverished tribes build a sustainable economy.

It’s difficult to find accurate numbers for casino revenue and the programs it supports because tribes generally don’t give that information. Tribal gambling operations closed about two months ago, so the effects are just starting to be felt.

However, a team of Harvard researchers recently released preliminary results of a study on the pandemic’s impact on the 574 federally recognized tribes. The report said tribes initially closed all their casinos, spanning 29 states, and many non-gambling businesses.

“In the wake of these closures, tribes are facing massive layoffs ... dipping into hard‐earned assets and building up debt,″ the researchers wrote.

In Washington state, the Puyallup Tribe of Indians told members it only has enough money to fund benefits and services through the end of June. The Tacoma-based tribe runs two large casinos, where 85% of employees had been laid off or furloughed.

On the other side of the state, the tiny Kalispel Tribe struggled for decades to eke out a living on the small, isolated reservation near the Idaho border before building the casino to have “some sort of economy,″ Haugen said.

The business allowed the tribe to open a wellness center that’s dramatically improved the life expectancy of members, said Nick Pierre, general manager of the casino. It employs tribal members and others and funds language programs and a facility for elders.

“There’s not an entity on the Kalispel Tribe’s reservation that hasn’t been positively impacted by casino revenues since Northern Quest opened in 2000,” said Curt Holmes, a Tribal Council member.