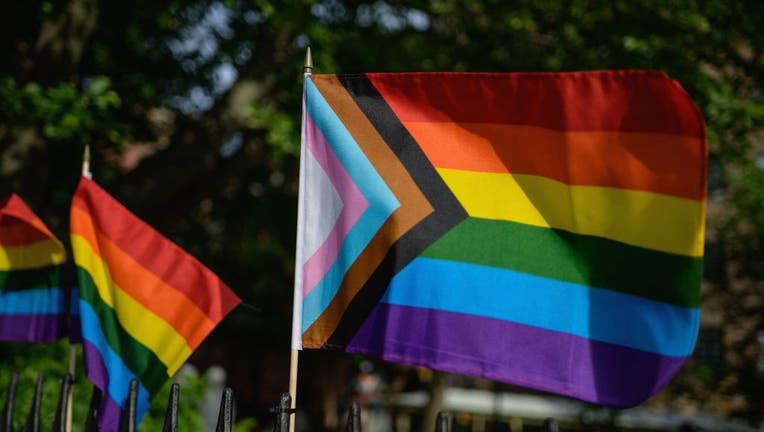 SEATTLE - Two Pride Month organizers in Seattle are now apologizing to the local community after writing a letter to the city taking issue with a separate upcoming event’s plans to charge a "$10 to $50 reparations fee" for White people, calling it "reverse discrimination."

The uproar surrounding Charlette LeFevre and Philip Lipson, the directors of Capitol Hill Pride, began late last week after the Seattle Human Rights Commission posted on Twitter the letter that they had sent.

"It has come to our attention that an event called ‘Take B(l)ack Pride’ at the Jimi Hendrix public park June 26th is charging Whites only admission as reparations," the pair wrote, asking the city to review the admissions policy. "We consider this reverse discrimination in its worse form and we feel we are being attacked for not supporting due to disparaging and hostile e-mails."

"We will never charge admission over the color of a person’s skin and we resent being attacked for standing in those values," they add.

The Taking B(l)ack Pride event, which will feature live performances, dancing and other activities, says on its Facebook page "EVERYONE is free to attend HOWEVER this is a BLACK & BROWN QUEER TRANS CENTERED PRIORITIZED, VALUED, EVENT.

"White allies and accomplices are welcome to attend but will be charged a $10 to $50 reparations fee that will be used to keep this event free of cost for BLACK & BROWN Trans & Queer COMMUNITY," it adds.

In a response to LeFevre and Lipson, the Seattle Human Rights Commission – which describes itself as "22 representative residents of Seattle appointed to serve in an advisory capacity to the Mayor, City Council, Seattle Office for Civil Rights, and other Seattle City departments" – said "the unique nature of your situation does not in fact violate any of your human rights as stated in the U.N. Declaration of Human Rights, which is the charter by which our Commission operates."

"Black trans and queer peoples are among the most marginalized and persecuted peoples within the LGBTQIA2S+ community. They often face shame not only from the cis-heteronormative community, but within the queer community at large as well," the commission wrote. "In making the event free for the Black Queer community, the organizers of this event are extending a courtesy so rarely extended; by providing a free and safe space to express joy, share story, and be in community."

"We would like to recommend, if possible, that you educate yourself on the harm it may cause Seattle’s BIPOC community in your pursuit of a free ticket to an event that is not expressly meant for you and your entertainment," the commission added.

The City of Seattle confirmed the commission's response in an email to Fox News. It declined to provide further comment.

LeFevre and Lipson then issued an apology following local news reports that participants have been pulling out of their own upcoming event over the content of their letter.

"We apologize for the inquiry to the City of Seattle regarding Take B(l)ack Pride, it was not meant to be an attack or divide but to ensure equality for all," the pair posted on Facebook Saturday. "Capitol Hill Pride encourages community events and our mission is to recognize the LGBTQ+ community and all spectrums.

"We sincerely want to elevate the segment of the LGBTQ community especially of black transgender women, recognize the important history and contributions and support this segment of the hidden rainbow," they added. "At this time we have requested an invitation of a meeting of hosting parties to resolve any issues and find common ground."