Violent crime reached a 14-year high in Seattle last year as the city's police department deals with a staffing shortage that is straining its ability to protect the community.

SEATTLE - Violent crime reached a 14-year high in Seattle last year as the city's police department deals with a staffing shortage that is straining its ability to protect the community.

Seattle Mayor Bruce Harrell said during his state of the city address this week that there is funding to hire 125 new officers this year and put more resources on the street.

"The depleted staffing we see today does not allow us to react to emergencies and crime with the response times our residents deserve," Harrell said Tuesday. 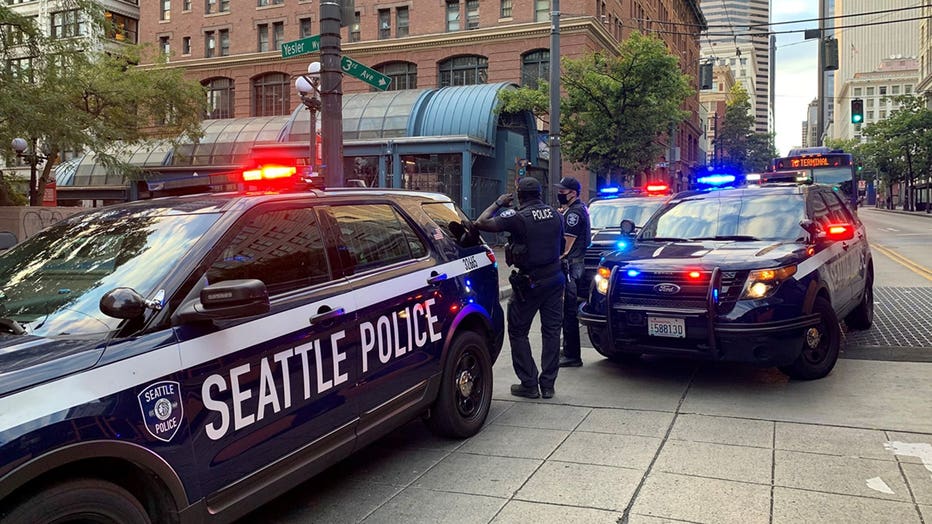 Seattle police respond to a shooting last year in 200 block of Yesler Way in the Pioneer Square neighborhood.

Twenty officers left the force in January, 171 officers exited last year, and 186 officers separated from the force in 2020 amid the push to defund the police. Only 137 officers have been hired in that time span.

Violent crime rose 20% last year, mainly driven by a 24% surge in aggravated assaults and 18% surge in robberies, according to the Seattle Police Department. Homicides fell by 25% and rapes decreased 6%.

Last November, the Seattle City Council voted against a budget amendment that would have eliminated another 101 officers from the force.

Seattle Mayor Bruce Harrell said in his State of the City speech that he plans to go back to the basics, focusing on housing families, fixing potholes, keeping parks and sidewalks safe, and enforcing criminal laws.

"I know we can retain and hire amazing officers – I see it every day – but the continuing message from some that less officers is the right path to public safety makes that nearly impossible," Diaz said.

As the police department tries to hire new officers, newly elected City Attorney Ann Davison announced this month that her office will make a charging decision on all incoming cases within five days.

"The best way to interrupt crime happening on the streets today is by quickly and efficiently moving on the cases referred to us by the Seattle Police Department," Davison said.

The money will help set up and fund a team from the new King County Regional Homelessness Authority, designed to triage and alleviate homeless camping in downtown and the city’s International District.