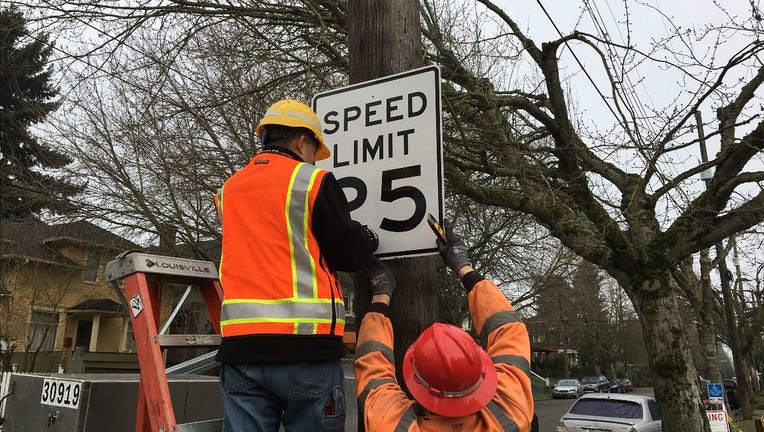 SEATTLE - The City of Seattle has reached its goal of reducing the speed limit on most major roads to 25 mph to improve pedestrian safety.

Seattle Mayor Jenny Durkan first announced the change in speed limits back in December of 2019.

The change is part of the city's Vision Zero initiative to end traffic-related deaths on Seattle streets by 2030.

Funding from a voter-approved Levy to Move Seattle back in 2015 is being used to support the project.

SDOT says lowering vehicle speeds is critical in lessening the amount and severity of crashes: "When drivers slow down by just a few miles per hour, it has two main powerful effects. First, it makes crashes less likely to occur in the first place. And second, a person who is hit by a driver traveling at lower speeds is much more likely to survive the incident."

Data from case studies in five Seattle neighborhoods found the lowered speed limit with additional signs resulted in a 20-40% drop in the number of crashes in those areas.

The department said it also updated its traffic signal policy to give pedestrians more time to cross the street and created automatic walk signals at more intersections.