NEAH BAY, Wash. - Canadian Coast Guard officials said Sunday a fire that was burning in several containers aboard a cargo ship off the coast of British Columbia appeared to be out.

The Coast Guard said it received word late Saturday morning that a fire had broken out in 10 damaged containers aboard the MV Zim Kingston, which is now anchored about five miles off the provincial capital of Victoria, and that two of the burning containers held hazardous material identified as potassium amylxanthate.

"The majority of the fire is actually out," JJ Brickett, federal incident commander with the Canadian Coast Guard, said during a teleconference Sunday. "We still see it smoldering."

The Coast Guard said the hazardous material inside the containers prevented the ship’s crew from spraying cold water directly on the fire. An emergency zone had been doubled to two nautical miles around the Zim Kingston.

Brickett said it was "a really good sign" that there was no indication of scorching or charring on adjacent containers.

"Presumably everything that was inside those containers has been consumed by the fire," he said. "The fire is smoldering and we’re continuing to cool on either side."

The Joint Rescue and Coordination Centre in Victoria said 16 crewmembers were safely taken off the ship, while five others, including the captain, remained on board at their own behest.

The coast guard said a hazardous materials crew from Vancouver was mobilizing and the owner of the Zim Kingston had contracted the U.S.-based Resolve Marine Group for salvage operations, including firefighting and recovery of the containers.

Danaos Shipping Co. which manages the container ship, said in an emailed statement earlier: "No injuries were reported. The fire appears to have been contained." 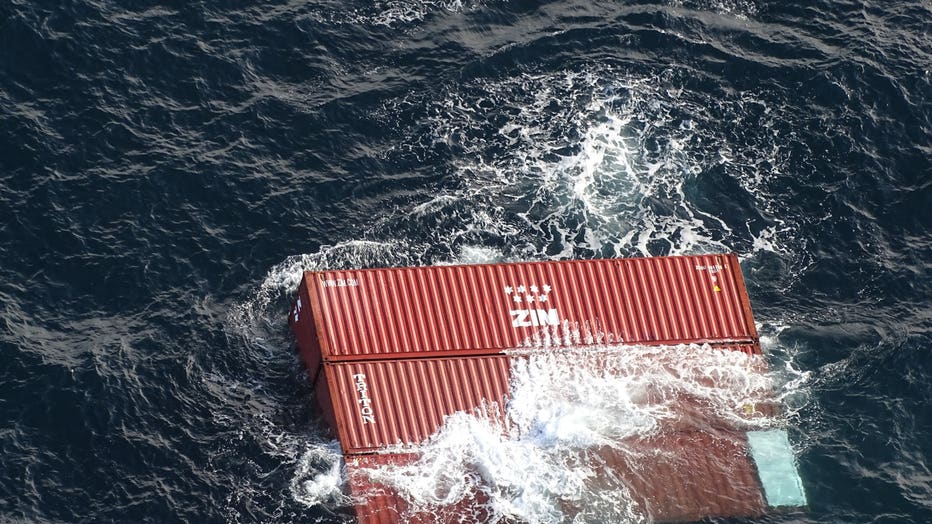 Brickett said the U.S. Coast Guard had dispatched a tracking buoy to monitor 40 containers that fell overboard from the Zim Kingston in choppy waters Friday. The containers were about 27 nautical miles off the west coast of Vancouver Island on Sunday.

Efforts to retrieve the containers would not be able to start until after a break in a storm that was forecast to worsen until Monday, authorities said.

Brickett said the ship’s owners had "been very responsible" and acted properly in hiring the proper resources. It was too early to say what caused the fire or if it was related to the containers falling overboard, he said.

"Our first priority is to stabilize the scene, put the flames out," he said. 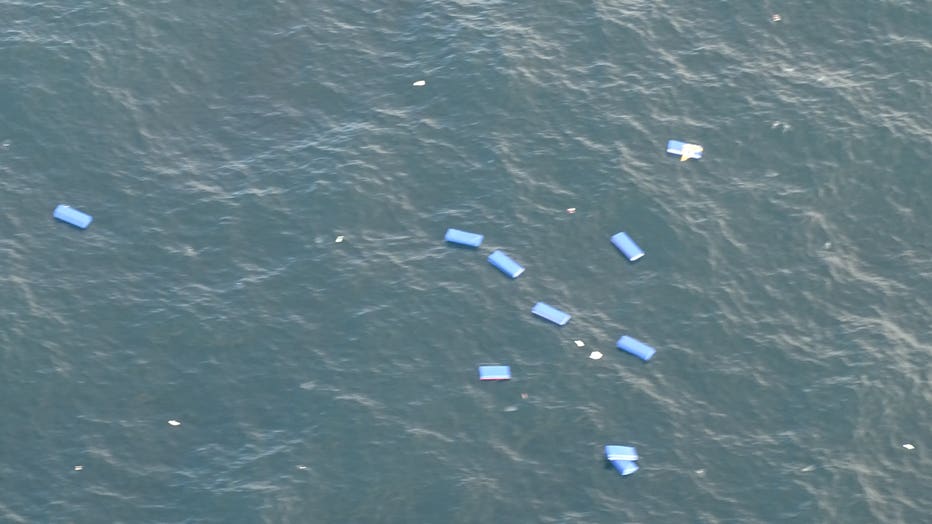