The inspector general audit report released Monday said that the underground tanks at the Hanford site are planned to store waste until at least 2047, posing a threat if the deteriorating tanks fail, the Tri-City Herald reported.

“(DOE) faces risks of a contamination event from failed tanks without an adequate path forward to address the situation, which could affect the safety of workers, the public and the environment,” the report said.

The Hanford nuclear reservation produced plutonium for nuclear weapons during the Cold War and World War II, leaving 56 million gallons (212 million liters) of radioactive waste in underground tanks until it can be treated for disposal.

The vitrification plant is expected to turn much of that waste into a stable glass form for disposal. It is located in Richland, Washington, about 200 miles (322 kilometers) southeast of Seattle.

A major leak from one of 177 tanks could potentially reach groundwater.

“Contamination in the groundwater could eventually reach the Columbia River, which provides drinking and irrigation water for a significant portion of the Pacific Northwest, as well as a habitat and spawning area for several endangered species of salmon,” the report said. 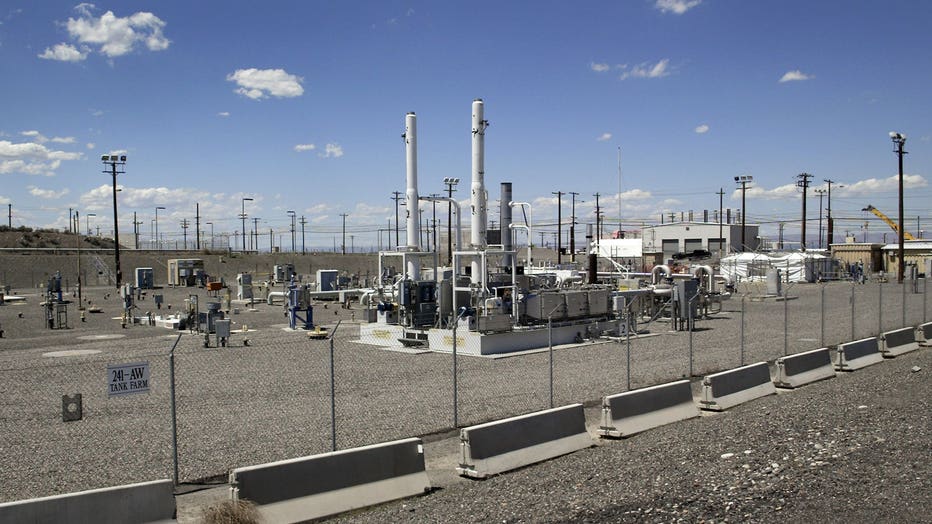 kThe single-shell tanks, built between 1943 and 1964, were built to last 20 years, and at least one has been actively leaking since at least 2013 and as many as 59 are assumed to have previously lost waste through leaks and spills, officials said. Workers have been emptying waste from 149 leak-prone single-shell tanks into just 27 newer double-shell tanks to provide increased protection.

The double-shell tanks, built between 1968 and 1986, were built to last 20 to 50 years, depending on the tank, officials said, adding that some will be 51 years beyond the time they were designed to be used by 2047.

The audit report recommended that the Department of Energy develop plans to address additional double-shell tank failures. The department agreed, but said management of the waste requires a balanced approach which includes safety, risk cleanup progress and funding availability.

“Ultimately, the best course of action to address issues with tank waste management and to remove waste from aging tanks is the treatment of the waste currently stored in the tanks,” the department said in response to the audit.