President Joe Biden and First Lady Jill Biden met Queen Elizabeth II at Windsor Castle after wrapping up the G7 Summit in Cornwall. They were welcomed by the Guard of Honour who formed in Quadrangle, gave an official royal salute and performed the American National Anthem.

Queen Elizabeth II, the longest-reigning monarch in British history, will turn 96 on Thursday.

According to several reports, the monarch traveled Wednesday from Windsor Castle to her Sandringham estate in Norfolk, about 110 miles north of London, ahead of her birthday on April 21. Reports also said she would be celebrating the occasion "privately."

The monarch’s husband of 73 years, Prince Philip, Duke of Edinburgh, died last year on April 9 at Windsor Castle. He spent much of his time at the Sandringham estate — a much-loved retreat of the couple. Sandringham has been the private home of four generations of British monarchs since 1862. 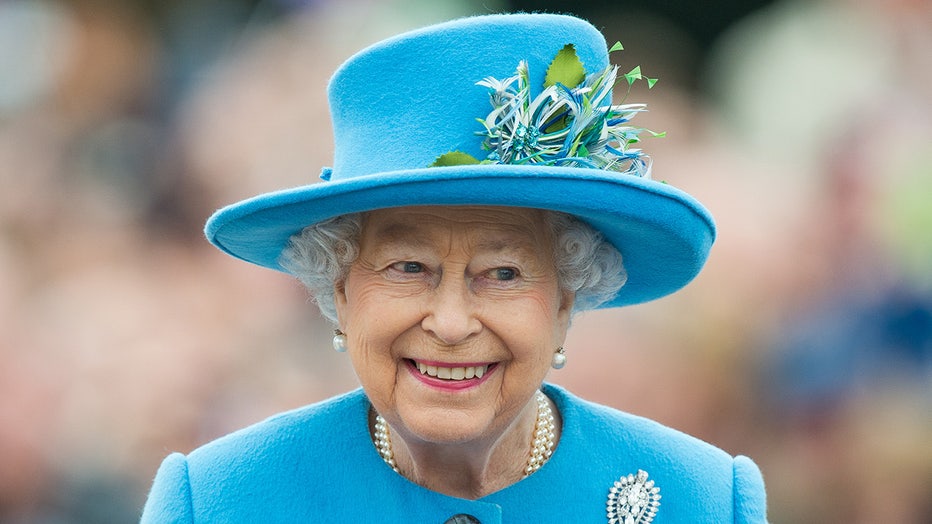 In Elizabeth’s yearly Christmas Day message, she shared the pain she felt after the death of her husband as she encouraged people everywhere to celebrate with friends and family, despite the grief caused by the ongoing pandemic.

"Although it’s a time of great happiness and good cheer for many, Christmas can be hard for those who have lost loved ones,’’ the queen said in the prerecorded message broadcast when many British families were enjoying their traditional Christmas dinner. "This year, especially, I understand why.’’

The public celebration of Queen Elizabeth's birthday, known as Trooping the Colour, takes place yearly each June. Over 1,400 parading soldiers, 200 horses and 400 musicians come together to mark the Queen's official birthday.

The queen used to attend on horseback herself, but in recent years has traveled by carriage, according to the palace.

Elizabeth also has a series of other engagements coming up as she also celebrates her Platinum Jubilee in June, marking 70 years on the throne.

Elizabeth’s reign has been marked by a period of immense transition for the British Commonwealth, formerly known as the British Empire, as Britain has modernized and many of its former colonies have achieved independence. She has been faced with the challenge of preserving tradition while simultaneously responding to a rapidly changing world, and has remained a beloved figure to her people through it all.

Queen Elizabeth II has tested positive for COVID-19, according to Buckingham Palace. The 95-year-old monarch is experiencing mild, cold-like symptoms, according to the statement that said, "She will continue to receive medical attention and will follow all the appropriate guidelines." The queen has received three doses of the coronavirus vaccine. Both her eldest son Prince Charles and daughter-in-law Camilla, Duchess of Cornwall have also recently contracted COVID-19. Charles has since returned to work.

Her birthday milestone comes just two months after Elizabeth contracted COVID-19. The palace said the queen, who was fully vaccinated and had a booster shot at the time, continued her duties at Windsor Castle despite her diagnosis.

Last week, Price Harry and his wife, Meghan Markle, visited his homeland for a visit with the monarch at Windsor Castle.

The Duke of Sussex, who is in the Netherlands for the Invictus Games, sat down with Hoda Kotb for the "Today" show on Wednesday.

"It was great, it was really nice to see her," said the prince. "To see her in an element of privacy was nice."

The 37-year-old told the TV host that he’s unsure whether he will travel to the U.K. for the queen’s Platinum Jubilee in June, in part due to security concerns.

"We have a really special relationship," he continued when talking about his bond with the queen. "We talk about things she can’t talk about with anyone else."

When Kotb, 57, asked Harry if he missed his family back home in the U.K., he replied, "Yes, I think especially over the last two years, how do you not miss your family?"

The queen has not yet met Harry’s daughter Lilibet, who was born last June.

"I don’t know yet," Harry admitted. "There’s lots of things: security issues and everything else. So this is what I’m trying to do, trying to make it possible that, you know, I can get my kids to meet her."