Porcupine hurt in wildfire is improving near Bridgeport

A porcupine is on the mend after someone rescued near the Bridgeport fire.&nbsp;

SEATTLE - A porcupine is on the mend after someone rescued her from a wildfire near Bridgeport with badly burned quills and facial wounds.

Katherine Bennett said on the Okanogan Highlands Fire Watch Facebook page that the porcupine, Porky, was rescued on September 10th near Bridgeport.

Riley Wisdom, who found Porky, said she found the porcupine facing a tree, hunched over, her quills badly burned. 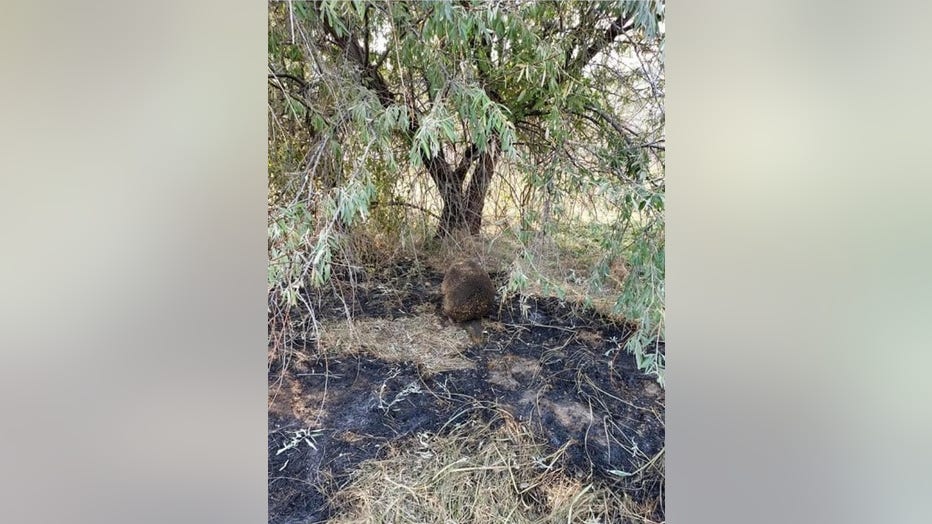 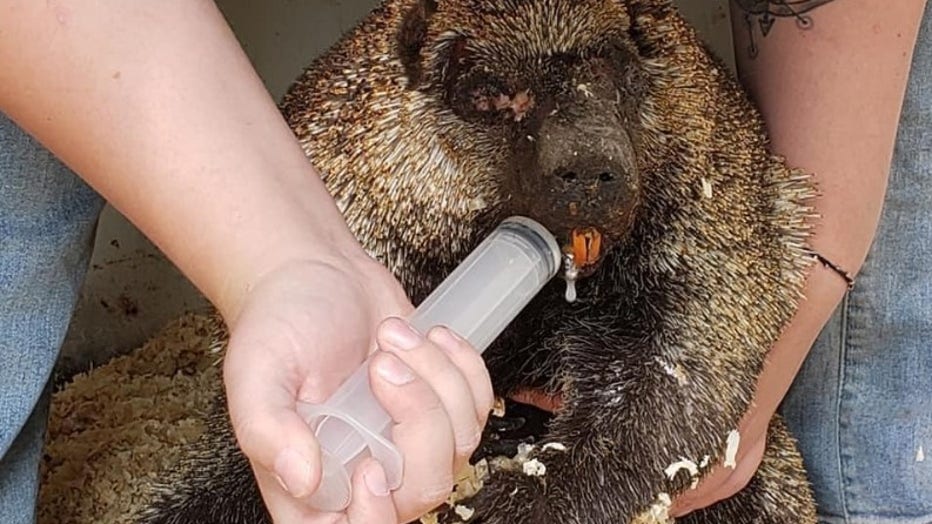 "I have seen a lot of sad things, this was at the top of my list. She had just given up completely. She is a porcupine, although you couldn't tell from looking at her, all of her quills are burnt off," said Wisdom on the Facebook post.

Wisdom said in the post that the porcupine lived on her family's road for several years, and watched her raise babies. When she saw the badly injured animal, she knew that it was Porky.

"We grabbed a quilt and threw over her and took her home with us. I have her on a regime of pain medicine, antibiotics, and I regularly wash her eyes with saline followed by an antibiotic ointment. Prayers are greatly needed and appreciated for this one. I am doing all I can to save her. She has all the fresh veggies she could want along with Pedialyte and electrolyte water," said Wisdom in a Facebook post.

The following days, the porcupine was noticeably doing much better, with the help of antibiotics and burn cream for her wounds around her eyes and face. Wisdom said the porcupine was soon enjoying her favorite snacks of fresh veggies, and both eyes were able to open following her daily treatments.