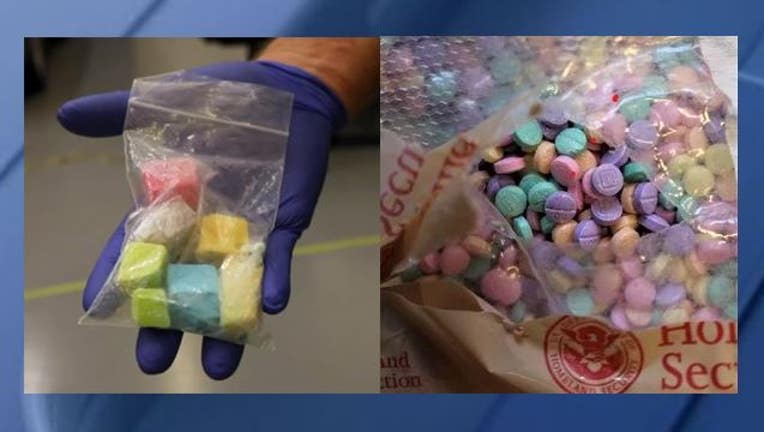 PIERCE COUNTY, Wash. - Police are warning parents about a new rainbow-colored form of fentanyl that has made its way to the Pacific Northwest, and can easily be mistaken for candy.

According to the Pierce County Sheriff’s Department (PCSD), ‘rainbow fentanyl’ has been seized at both the U.S. southern border and in Oregon. Authorities say they have found the dyed synthetic opioid in pill form and pressed blocks, both resembling candy and sidewalk chalk respectively. 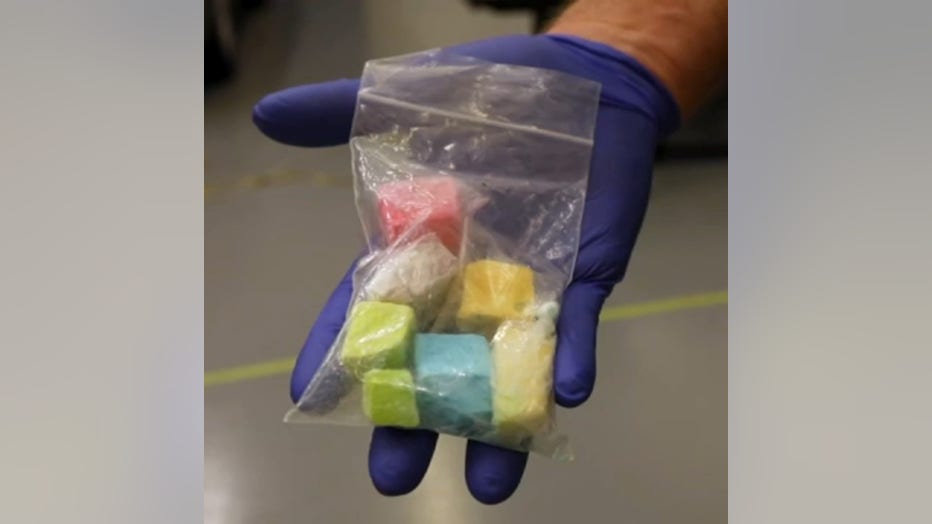 'Rainbow Fentanyl' resembling chalk a child would play with. (PCSD)

"Not only are we concerned that children may mistake rainbow fentanyl as candy or a toy, but we’re also worried that teenagers may be tempted to try the drug due to its playful coloring," the PCSD wrote in Tuesday’s Facebook post.

It's a concern that has already affected the Tacoma community.

Earlier this month, a two-year-old got his hands on a fentanyl pill at a Tacoma playground, investigators said. The boy ate the pill, and started to overdose. Tacoma Police and Fire responded to save the child's life, and Narcan was used on the toddler.

Officials in Oregon say anyone who encounters it or any version of fentanyl is urged to refrain from handling it and call 911 immediately.

"We urge all Oregonians to be on the lookout for fentanyl in our community and respect the highly-toxic nature of this substance," said Steve Mygrant, Chief of the Narcotics and Criminal Enterprises Unit of the U.S. Attorney’s Office for the District of Oregon. "If you find or come in contact with pills not dispersed by a licensed pharmacist, assume they are fake and potentially lethal."

The PCSD is asking parents with young children to be on the lookout for this dangerous synthetic opioid, especially in public places and playgrounds. In addition, parents are encouraged to talk to their teenage children about fentanyl, and its deadly consequences.

Provisional data from the Centers for Disease Control and Prevention indicate there were over 107,000 fatal drug overdoses in the U.S. in 2021, an increase of nearly 15% from the previous year, federal officials said. Synthetic opioids — primarily fentanyl — accounted for more than three-quarters of those deaths.

Earlier this year, King County declared fentanyl overdoses a public health crisis. So far this year, there have been 354 fentanyl deaths in the county.