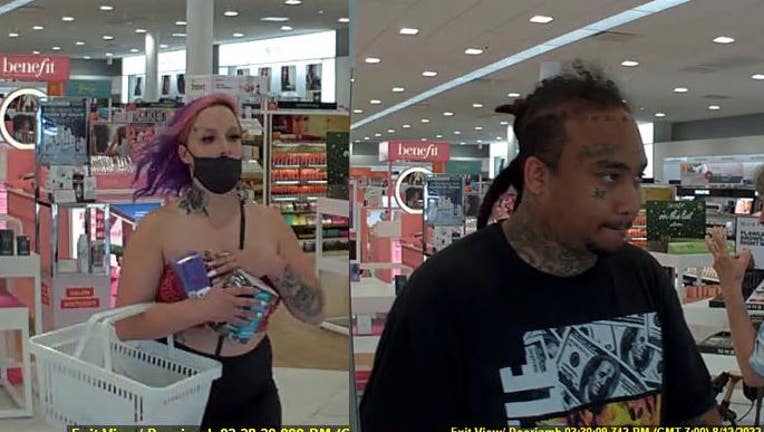 GIG HARBOR, Wash. - Police are asking for the public’s help in identifying two suspects that stole more than $1,000 worth of merchandise from a store last Friday.

According to the Gig Harbor Police Department (GHPD), the theft happened at around 3:30 p.m. on Friday, Aug. 12. Police posted multiple photos of the suspects on Twitter Thursday afternoon.

Based on the surveillance photos, the male suspect appears to have face, neck and arm tattoos. He also has black hair that is short on the top and sides, but long in the back. The female suspect has shoulder-length pink and purple hair, with arm, back and neck tattoos.

The store where the theft occurred was not specifically named by the GHPD, though the photos suggest it is a makeup, cosmetics retail store.

Anyone with information on these suspects is asked to contact Officer Roberson at eroberson@gigharborwa.gov, or call 253-851-2236 and refer to case number 22-224-01515.

RELATED: Docs: 70-year-old charged for shooting man he thought was robbing a Safeway has had a similar incident