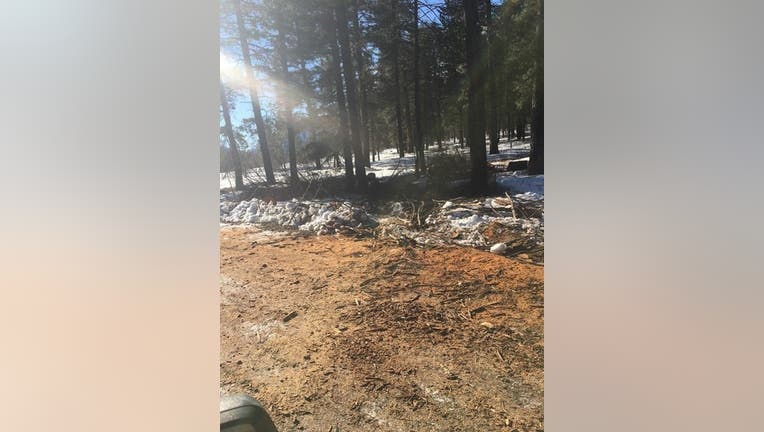 OKANOGAN COUNTY, Wash. - The Washington Department of Fish and Wildlife (WDFW) Police issued eight citations Friday to a suspect who was illegally cutting firewood in the Sinlahekin Wildlife Area.

According to a Facebook post from WDFW Police, Officer Justin Trautman received information from the Sinlahekin Wildlife Area manager, saying that somebody was illegally cutting trees and collecting firewood. The entrance where the trees were being cut had signs posted in multiple areas, saying firewood cutting other than for camping use is illegal.

Officer Trautman placed several game cameras in and around the cutting site and caught the suspect entering the wildlife area multiple times. Authorities say they've been trying to identify the suspect for a month, but he was always moving quickly, causing the image quality to be blurry. After moving the cameras multiple times, authorities were finally able to capture a license plate.

A federal jury has convicted a timber thief who authorities said started a large forest fire in Washington state, a case that prosecutors said marked the first time tree DNA had been introduced in a federal trial.

Authorities say two WDFW officers interviewed the suspect, and he admitted to harvesting the firewood. The suspect claimed he was not selling the wood, though when officers pulled into his residence, they found a sign on his truck, filled with wood, that included a phone number and the word "firewood".

The man was issued 8 citations for removal of natural resources from department lands, as well as violating a posted notice.

Authorities say there has not been any additional firewood cutting activity since.