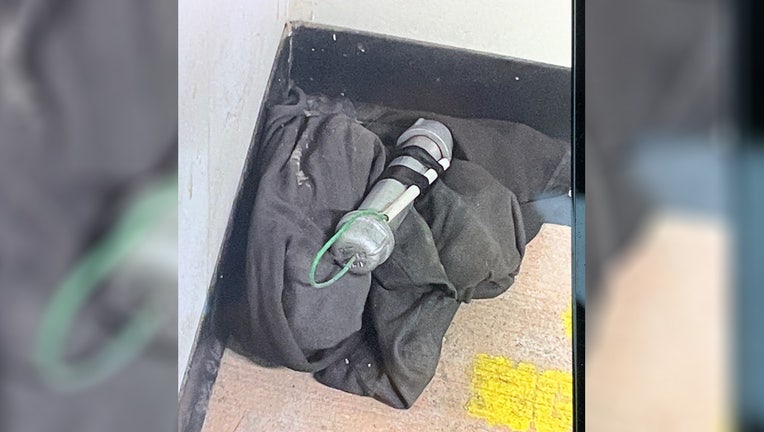 SEATTLE - Police arrested a man who placed a pipe bomb in an underground parking garage in Seattle’s SODO neighborhood on Thursday.

According to the Seattle Police Department (SPD), just after 8:00 a.m., police responded to the 900 block of S Horton St. near The Old Rainier Brewery after someone reported the suspicious item.

Bomb squad officers deployed a robot to investigate, and they discovered the pipe bomb. There is no information about whether the bomb was real or fake, but it was safely removed.

As police were investigating, the 38-year-old suspect – who was identified with surveillance video – returned to the scene and was immediately arrested.

Officers booked the man into the King County Jail for possession of an improvised explosive device.

RELATED: Police: 'Suspicious item' in South Seattle not a threat to the public