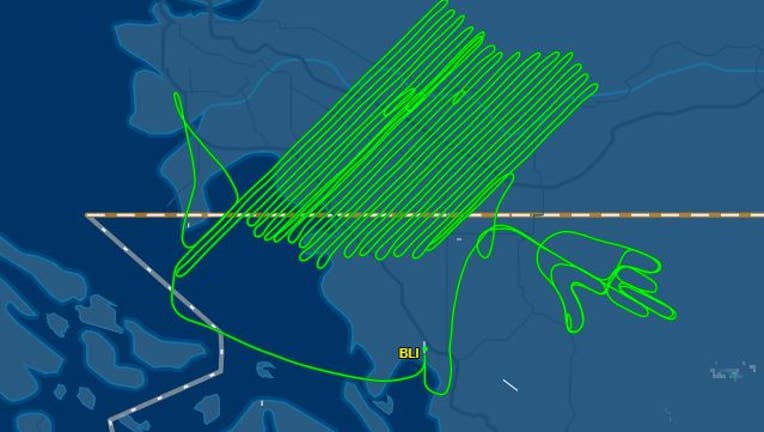 SEATTLE - A pilot took to the skies on Monday and flipped the bird to Washington state, a flight tracking map shows.

The motives behind the particular direction the middle finger is pointing are unknown - though it does appear to be motioning toward Whatcom County.

Watch an animation of the flight path and follow FOX 13 Seattle on TikTok:

This flight map appeared on Reddit in a post tilted "Looks like a Survey Pilot's last day today" and was first reported by the Bellingham Herald.

Some top comments on the Reddit post - which has more than 730 comments include: "Talk about detail, he even put a thumb nail on!" and "As a former survey pilot, this is definitely something that would happen at the end of a contract."

FOX 13 News looked into other recent flights taken by this aircraft and found a flight on Aug. 24 lasted 4 hours and 20 minutes, following a similar back-and-forth pattern. 4:20. Huh. 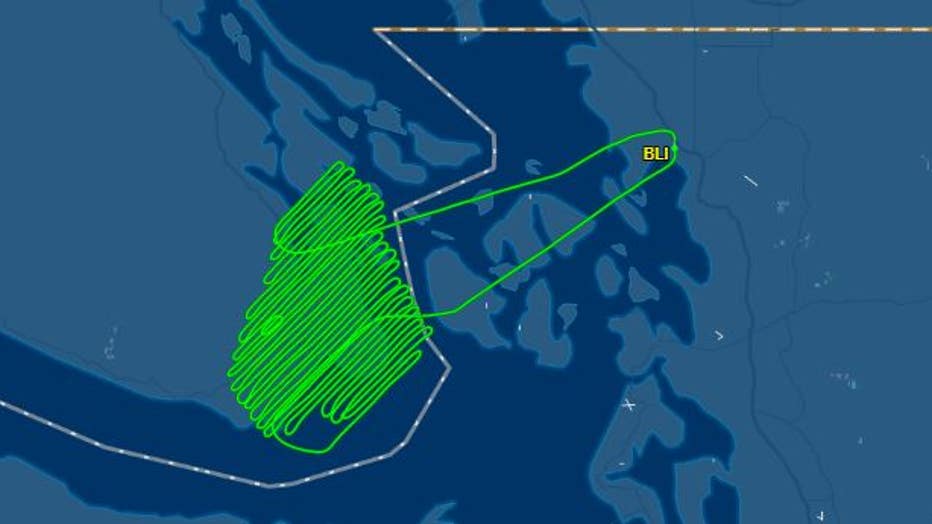 And this isn't the first time something interesting has appeared in the sky over Washington.

Back in 2019, two U.S. Naval officers decided to create a phallic drawing in the clear blue skies.

The pilot was uninjured, and the plane remained submerged overnight.