PORTLAND, Ore. - Dash cam footage video from a trooper's patrol car in Oregon captured the moment a fire-damaged tree fell on his vehicle.

The trooper was responding to a call when his vehicle was struck by a falling tree that crossed state highway 22 in a level three evacuation area, police said. In the video, the tree appeared to suddenly descend onto the highway under the cover of an acrid yellow-green smog that officials say could linger for weeks.

"Our Trooper was lucky and wasn’t injured, but it could have been so much worse," Oregon State Police wrote on Facebook.

Authorities used the incident as a warning towards residents on how evacuation areas are still closed to the public.

"These areas are deemed unsafe," the law enforcement agency wrote. 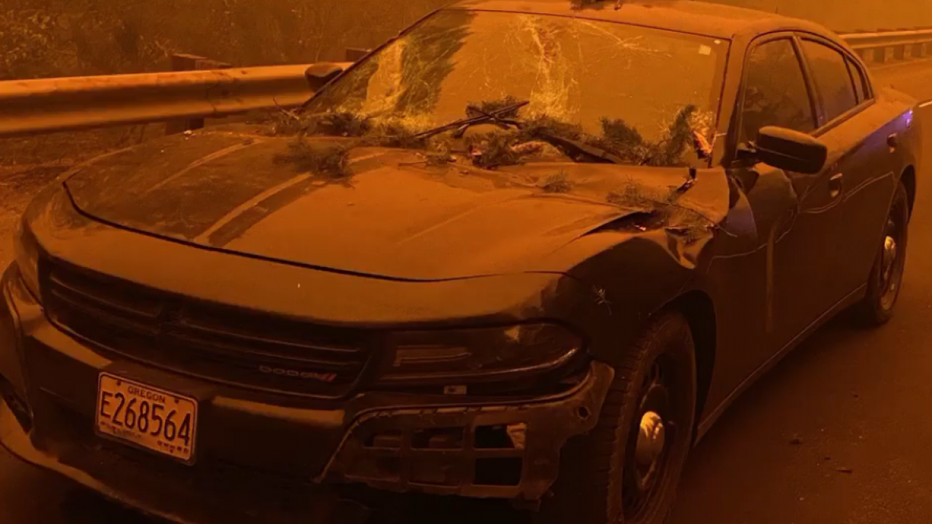 Local law enforcement, as well as the Oregon National Guard and Oregon Department of Transportation, "are just a few of the entities manning roadblocks around the state," police added.