SALEM, Ore. - Police in Oregon can no longer arrest someone for possession of small amounts of heroin, methamphetamine, LSD, oxycodone and other hard drugs as a ballot measure that decriminalized them took effect on Monday.

Instead, those found in possession would face a $100 fine or a health assessment that could lead to addiction counseling. Backers of the ballot measure decriminalizing hard drugs, which Oregon voters passed by a wide margin in November, hailed it as a revolutionary move for the United States.

"Today, the first domino of our cruel and inhumane war on drugs has fallen, setting off what we expect to be a cascade of other efforts centering health over criminalization," said Kassandra Frederique, executive director of the Drug Policy Alliance, which spearheaded the ballot initiative.

Ballot Measure 110’s backers said treatment needs to be the priority and that criminalizing drug possession was not working. Besides facing the prospect of being locked up, having a criminal record makes it difficult to find housing and jobs and can haunt a person for a lifetime.

Two dozen district attorneys had opposed the measure, saying it was reckless and would lead to an increase in the acceptability of dangerous drugs.

Instead of facing arrest, those found by law enforcement with personal-use amounts of drugs would face a civil citation, "like a traffic ticket," and not a criminal citation, said Matt Sutton, spokesman for the Drug Policy Alliance. 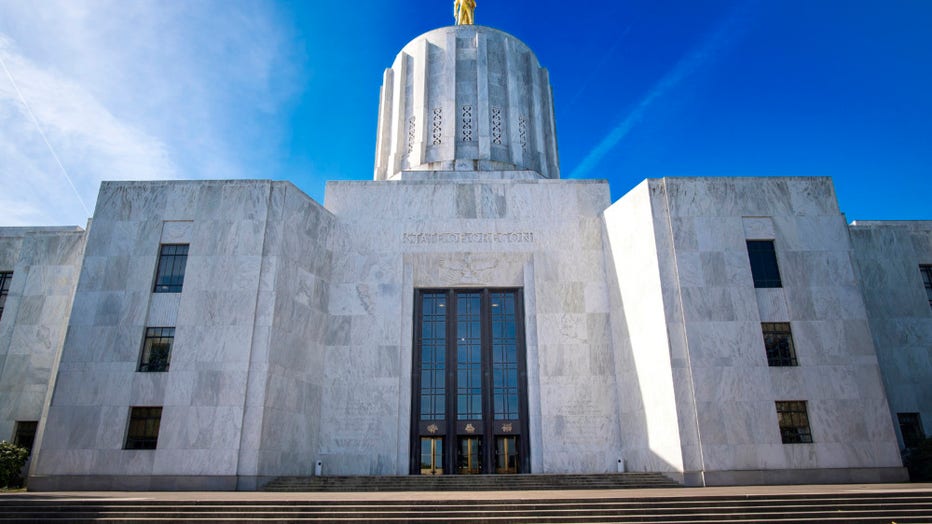 Under the new system, addiction recovery centers will be tasked with "triaging the acute needs of people who use drugs and assessing and addressing any on-going needs thorough intensive case management and linkage to care and services."

The addiction recovery centers will be funded by millions of dollars of tax revenue from Oregon’s legalized marijuana industry. That diverts some funds from other programs and entities that already receive it, like schools.

The ballot measure capped the amount of pot tax revenue that schools; mental health alcoholism and drug services; the state police; and cities and counties receive at $45 million annually, with the rest going to a "Drug Treatment and Recovery Services Fund."

The fund will be awash in money if the sales trend for marijuana continues as expected.

In the 2020 fiscal year, marijuana tax revenues peaked at $133 million, a 30% increase over the previous year, and a 545% increase over 2016, when pot taxes began being collected from legal, registered recreational marijuana enterprises around the state.

The other recipients of pot tax revenues are now saying that, after assessment and related treatment options are set up, the distribution of those revenues will deserve another look. A leading lawmaker agrees.

"In the future, as Oregon’s treatment programs reach full funding, the state should evaluate what other services would benefit from our continually growing marijuana tax revenues," Oregon Education Association President John Larson said in an email.

Larson said a "balanced approach to budgeting" will support communities and students. The OEA union represents about 44,000 educators.

State Sen. Floyd Prozanski, chair of the Senate Committee On Judiciary and Ballot Measure 110 Implementation, said he expects Oregon’s cannabis tax revenues to increase exponentially if recreational marijuana in the United States is legalized. He expects that to happen within four years.

Before the November 2020 elections, Oregon was among 11 states as well as Washington, D.C., that had legalized marijuana. Voters in Arizona, Montana, New Jersey and South Dakota all approved ballot measures in November legalizing marijuana for adults.

Oregon is a pioneer in liberalizing drug laws. It was the first state, in 1973, to decriminalize marijuana possession. In 2014, Oregon voters passed a ballot measure legalizing recreational use of marijuana. But Sutton said there are no plans to pursue legalization and a regulated market of hard drugs in Oregon.

Addiction recovery centers must be available by Oct. 1. One center must be established within each existing coordinated care organization service area. Prozanski said that timeline might be hard to meet.

After decriminalization of hard drugs, about 3,700 fewer Oregonians per year will be convicted of felony or misdemeanor possession of controlled substances, according to estimates by the Oregon Criminal Justice Commission. The measure will also likely lead to significant reductions in racial and ethnic disparities in convictions and arrests, the state commission said.

While this approach is new in the United States, several countries, including Portugal, the Netherlands and Switzerland, have already decriminalized possession of small amounts of hard drugs, according to the United Nations.

Portugal’s 2000 decriminalization brought no surge in drug use. Drug deaths fell while the number of people treated for drug addiction in the country rose 20% from 2001 to 2008 and then stabilized, Portuguese officials have said.