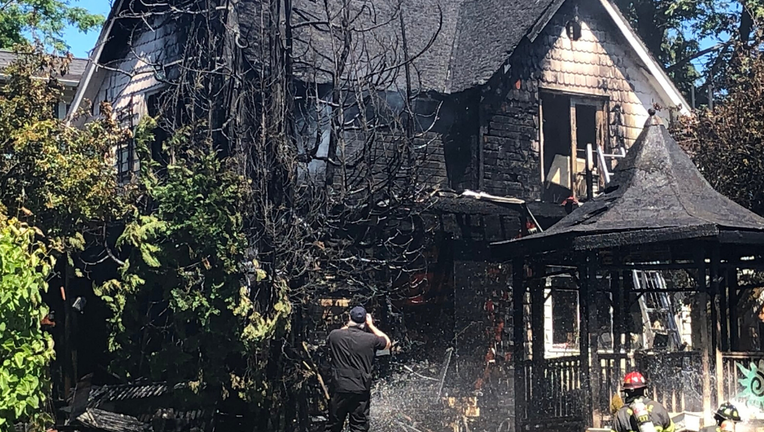 House fire in Seattle's Ravenna neighborhood. One male is confirmed dead, a woman in stable condition has been taken to a hospital. (Q13 News photo)

SEATTLE - One man is dead after a two-story house fire broke out Saturday afternoon in Seattle's Ravenna neighborhood.

Seattle Fire Department responded to the house fire around 1 p.m. near 70th and Ravenna Ave.

Officials said they found one man on the first floor dead. An elderly woman and man were able to escape the home before SFD arrived. The woman was taken to Northwest Hospital in stable condition.

Fire crews were able to extinguish the fire in just under an hour. A firefighter suffered minor injuries and was taken to Harborview Medical Center.

SPD said The Red Cross also responded to the incident help the displaced residents. Seattle Police Department’s Arson and Bomb Squad were also on site to conduct a follow-up investigation of the fire.

The cause of the house fire is still under investigation. The identity of the victim or residents has not been released.