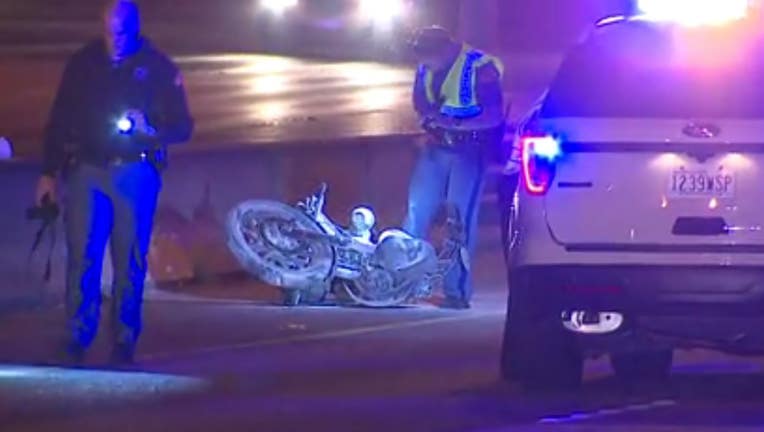 LAKEWOOD, Wash. - An Oak Harbor man died Tuesday night after crashing into a semi while speeding on a motorcycle on I-5 in Lakewood.

According to Washington State Patrol, it happened about 11:45 p.m. on I-5 at New York Avenue.

Troopers say 28-year-old Jacob Bullimore was driving a motorcycle, speeding and weaving in and out of lanes alongside another motorcycle that was doing the same.

Investigators say Bullimore lost control and struck a semi, which then caused the motorcycle to crash.

Bullimore died later at Madigan Army Medical Center. The semi and other motorcycle driver were not injured.

Drugs and alcohol were involved, according to investigators, but they didn't provide any additional information.