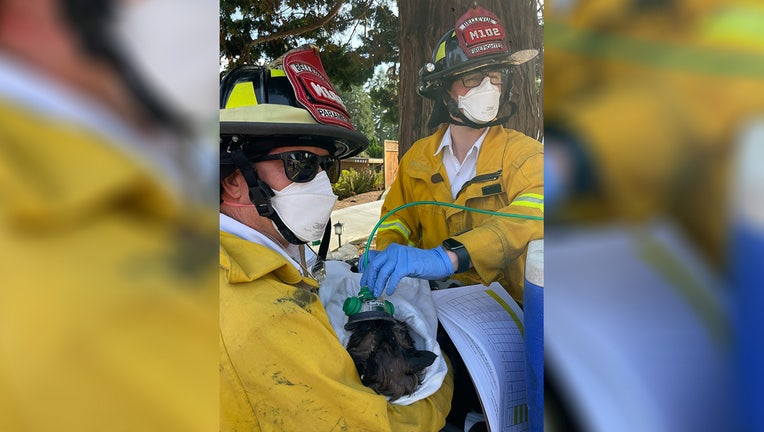 BELLEVUE, Wash. - Firefighters with Bellevue Fire Department battled a large fire at a home near NE 2nd and 165th St. on Saturday afternoon.

While the home took on quite a bit of damage, the firefighters appear to have saved a cat – using a specialized pet oxygen mask to care for the animal named "David Hasselfluff."

Sadly, it appears a second cat and other pets had not been found before firefighters had to take a defensive stance against the fire – meaning they were not fighting the fire inside the home.

The initial reporting of the fire indicates that there was heavy fire in the attic, and that the fire quickly spread throughout the home.

The people living inside the home were able to safely evacuate.

As for the rescued cat, firefighters noted online that he was "in good hands" with the paramedics.