Alexandra "Lexi" Harris was killed when she was struck by a vehicle while helping others involved in a crash on I-5.

SEATTLE - An off-duty Seattle police officer was killed while trying to help other drivers involved in a crash on Interstate-5.

Alexandra "Lexi" Harris, who had been with SPD for five years, died early Sunday morning.

According to Washington State Patrol, the crash occurred on I-5 southbound near South Forest Street in Seattle early around 1:20 a.m.

WSP said the officer stopped to render assistance to those involved in the crash, but they were hit by another vehicle.

According to WSP, 10 vehicles were involved in a crash about an hour-and-a-half before the crash involving the officer. The officer was killed in a second crash, which happened in backup from the first crash. 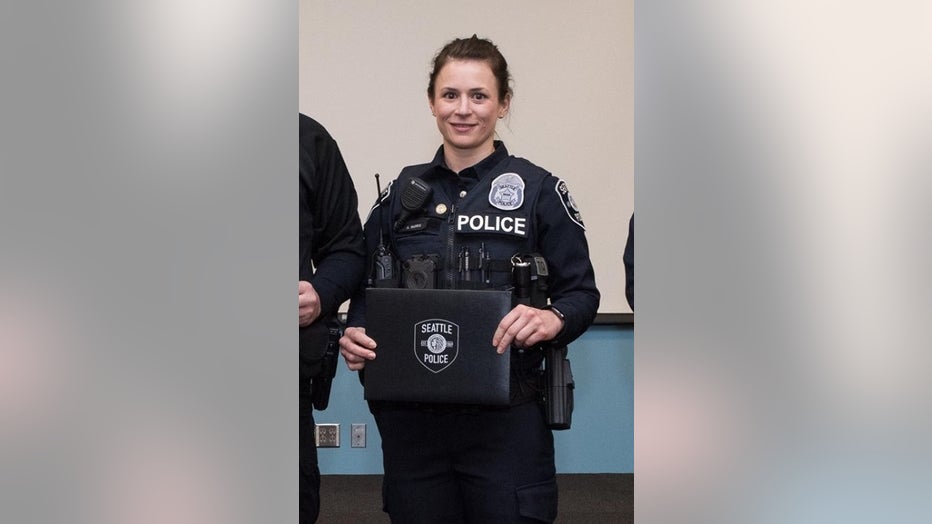 The person who allegedly hit the officer remained at the scene.

Condolences are pouring in from fellow members of SPD, police agencies across the region and beyond.