Jamie Jo Hiles, the foster mom of 5-year-old Oakley Carlson, took to a rage room one year after the child was reported missing by her biological parents. However, two parties last reported seeing Oakley in 2020. Hiles is still holding out hope that Oakley will be found.

GRAYS HARBOR COUNTY, Wash. - The search for missing Washington girl Oakley Carlson continues, and Dec. 6 marks one year since she was reported missing in Grays Harbor County. It will also be her 6th birthday.

Since then, Oakley's biological parents have not cooperated with the investigation into her disappearance. 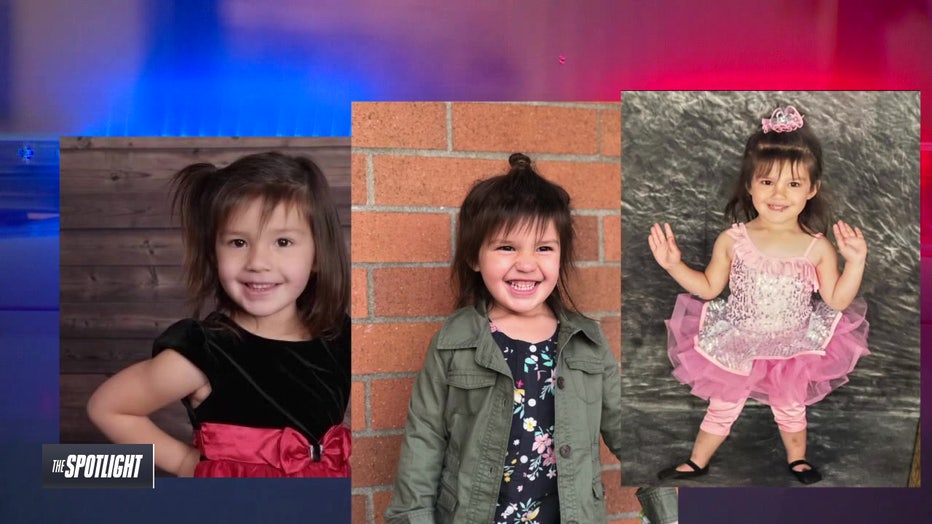 But Oakley's foster family is not giving up hope. The reward is now more than $85,000 to anyone who can help find Oakley. And supporters of the missing girl plan to hold a rally and fundraiser in her honor later this week.

One year ago, Grays Harbor deputies did a welfare check on the 5-year-old girl - that's when they found out she was missing.

Detectives say her parents, Andrew Carlson and Jordan Bowers, were uncooperative and were ultimately arrested on child endangerment charges related to one of their other children.

In a letter to the director of the state Office of the Family and Children’s Ombuds (OFCO), Gov. Jay Inslee called on the organization to review the Department of Children, Youth and Families’ (DCYF) handling of Oakley Carlson’s case.

The couple who fostered Oakley for three years have been leading the charge to find out what happened to her.

"I really am hopeful that more people will kind of hear about it and look into it and realize money does talk, if people know something, but they’ve been afraid to tell someone about it, it’s worth talking to someone about," said Oakley's foster mom Jamie Jo Hiles.

The Spotlight investigates: Where is missing Washington girl Oakley Carlson?

A community is demanding answers after the parents of a missing girl, Oakley Carlson, are locked up refusing to help bring her home. Did social workers ignore phone calls warning that Oakley Carlson was being abused? The Spotlight investigates the agency tasked with protecting children in Washington state.

The group Justice for Oakley is planning to hold a fundraiser this Friday, Dec. 9 at the Montesano Festival of Lights event.

Anyone with information is urged to call the Grays Harbor County Sheriff's Office.

FOX 13 reporter Hana Kim spoke with Patrick Dowd, the Ombuds director at the Office of Family and Children's. That office launched an investigation at the Governor's request into the Department of Children, Youth and Families (DCYF)'s handling of missing 5-year-old Oakley Carlson's case.