They vandalized SPD headquarters and Seattle Municipal Court before targeting downtown businesses and marching to the West Precinct, where they tried to break in but were thwarted by officers. Someone or a group threw large fireworks at police, injuring multiple officers and sending one to the hospital. 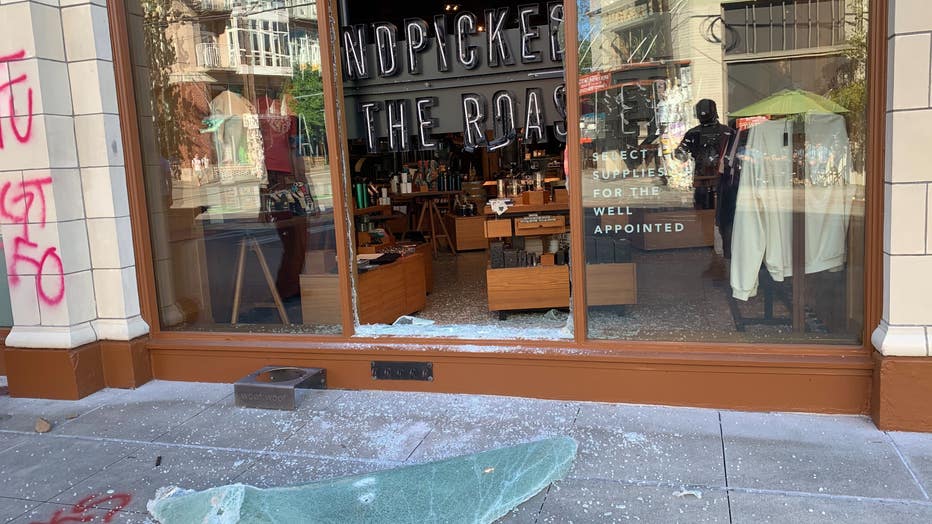 Police used pepper spray and blast balls to stop the assault on officers and arrested two people near the West Precinct.

From there, the group went to Capitol Hill for more looting and property damage, police said. They set a small fire inside a business, as well as inside the East Precinct where windows had been smashed.

The group - which police called organized and intent on causing property damage - eventually broke up at Cal Anderson Park.

"These are criminal acts, not peaceful protests," SPD said on Twitter.

Rioters marched through downtown and Capitol Hill, throwing fireworks at police and looting businesses along the way.