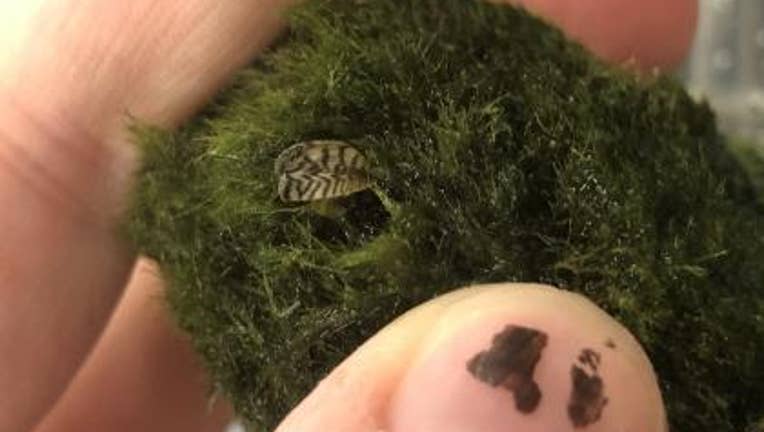 "It would be devastating to our environment if these ever got established in Oregon or the Pacific Northwest," said Rick Boatner, the invasive species wildlife integrity supervisor at the Oregon Department of Fish and Wildlife.

"I work in the aquatics department, and almost every shipment of these moss balls that I have unpacked for the past two months has had mussels nestled in the moss balls," reads a specimen filing with the U.S. Geological Survey.

The Oregon Department of Fish and Wildlife this week found them at a pet store in Salem in the same product. The Idaho State Department of Agriculture’s Invasive Species Program also said this week that zebra mussels were found in those products.

Zebra mussels are small but destructive. They eat algae that native species need to survive. The USGS says they can also incapacitate native mussels. They clog storm drains, drinking water systems, irrigation and dams. Zebra and quagga mussel infestations in the Great Lakes region have cost hundreds of millions of dollars annually.

People can safely dispose of the marimo balls by freezing or boiling them before putting them in the garbage. Don’t flush the balls down the toilet, ODFW says, as the mussels could get into the water system.

The agency also encourages people to clean aquariums by removing fish, then letting a diluted bleach solution sit in the aquarium for 10 minutes. Disinfect filters, gravel and other items in the aquarium before disposing of the solution down the sink or toilet.

Oregon — and much of the region — has largely avoided a zebra mussel invasion through strict monitoring of watercraft, according to Fish and Wildlife officials.

"We were not expecting zebra mussels from moss balls," Boatner said.