No arrests made after large group loots, vandalizes businesses in Capitol Hill

SEATTLE - Police said no arrests were made after a group of roughly 150 people looted, vandalized and set fires to numerous businesses in Seattle Wednesday night.

According to Seattle Police, the group gathered at Cal Anderson Park about 9 p.m. before they "roamed about the Capital Hill neighborhood, doing massive amounts of property damage, looting, shooting fireworks, and committing arson."

They broke windows, took merchandise and then lit the stolen goods on fire in the middle of the street. They also started a fire inside a business. 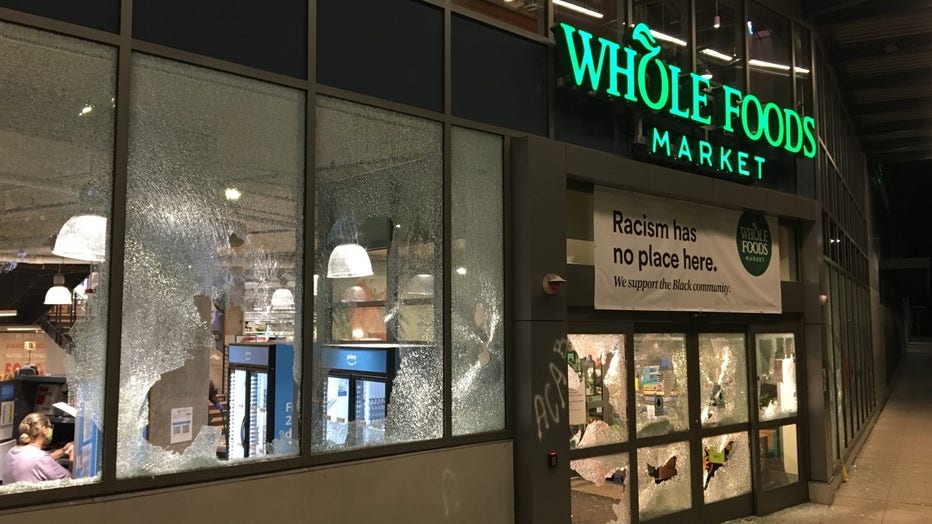 The group then returned to Cal Anderson Park and dispersed from there. Seattle Police said officers did not make any arrests, and no officers were injured.

Wednesday's looting and vandalism spree comes days after 12 SPD officers were injured in a riot Sunday afternoon that caused extensive damage to government buildings and some businesses in downtown Seattle and the South Lake Union neighborhood.

Federal agents have intervened in similar destructive demonstrations in Portland, where protests have continued for 56 days since the death of George Floyd in Minnesota. City and state officials there say the unmarked federal officers are making things worse.

Portland Mayor Ted Wheeler was tear-gassed by federal agents when he joined protesters near the federal courthouse Wednesday night.

The Trump administration has also deployed federal agents to Chicago and Albuquerque, and Seattle city leaders say they're concerned that the recent riots will be used as a reason for the president to send federal agents here.